Can Britney Spears get married under conservatorship? Star is engaged to Sam Asghari

Since Britney Spears announced her engagement to Sam Asghari, fans have been questioning whether the star can get married under her conservatorship.

The singer announced her engagement to Asghari on social media, where she displayed a diamond ring, which was engraved with the word, "lioness". An Instagram video where she winks and kisses her fiancé on the cheek was captioned, "I can't f*cking believe it."

Here, we answer all your questions about Asghari, and the matter of the pop star tying the knot under a conservatorship. 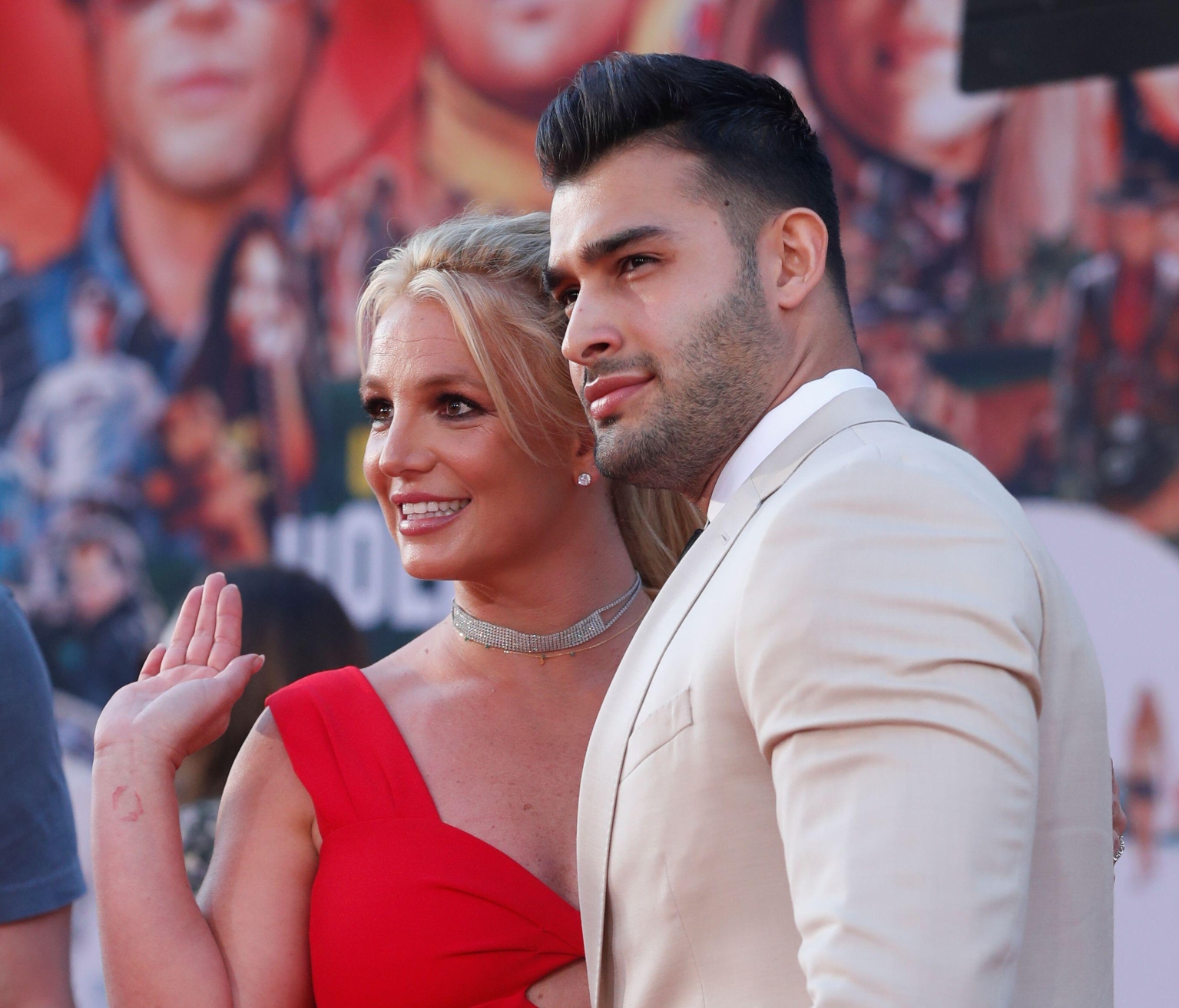 Can Britney Spears get married under the conservatorship?

Britney can get married under her conservatorship, however, she will need permission to obtain a marriage licence.

As a conservatee, the star does not have the right to enter into any sort of agreement herself. So, while accepting a proposal is one thing, marriage is another. As such, getting a marriage license would need to be approved by her conservators — and Britney will need to get permission before officially tying the knot.

There has been some confusion among fans as to whether Britney would be allowed to get married under her conservatorship following a testimony she gave in court back in June. During the hearing, she told Judge Brenda Penny that her conservators had prevented her from getting married.

READ MORE: Inside Britney's troubled relationship with her father Jamie

She alleged: "I was told right now in the conservatorship, I'm not able to get married or have a baby, I have an [IUD] inside of myself right now so I don't get pregnant.

"I wanted to take the [IUD] out so I could start trying to have another baby. But this so-called team won't let me go to the doctor to take it out because they don't want me to have children — any more children."

Jodi Montgomery — who has been in control of the star's person — addressed this in a statement made by her attorney, Lauriann Wright. While she did not delve into the details, and whether the pop star needs permission to wed, her attorney explained: "Britney’s choice to marry and to start a family has never been impacted by the conservatorship while Ms Montgomery has been conservator of the person."

Because Britney's father, Jamie Spears, is stepping down from his role as chief conservator, whatever individual or entity that replaces him will need to approve her marriage to Asghari. 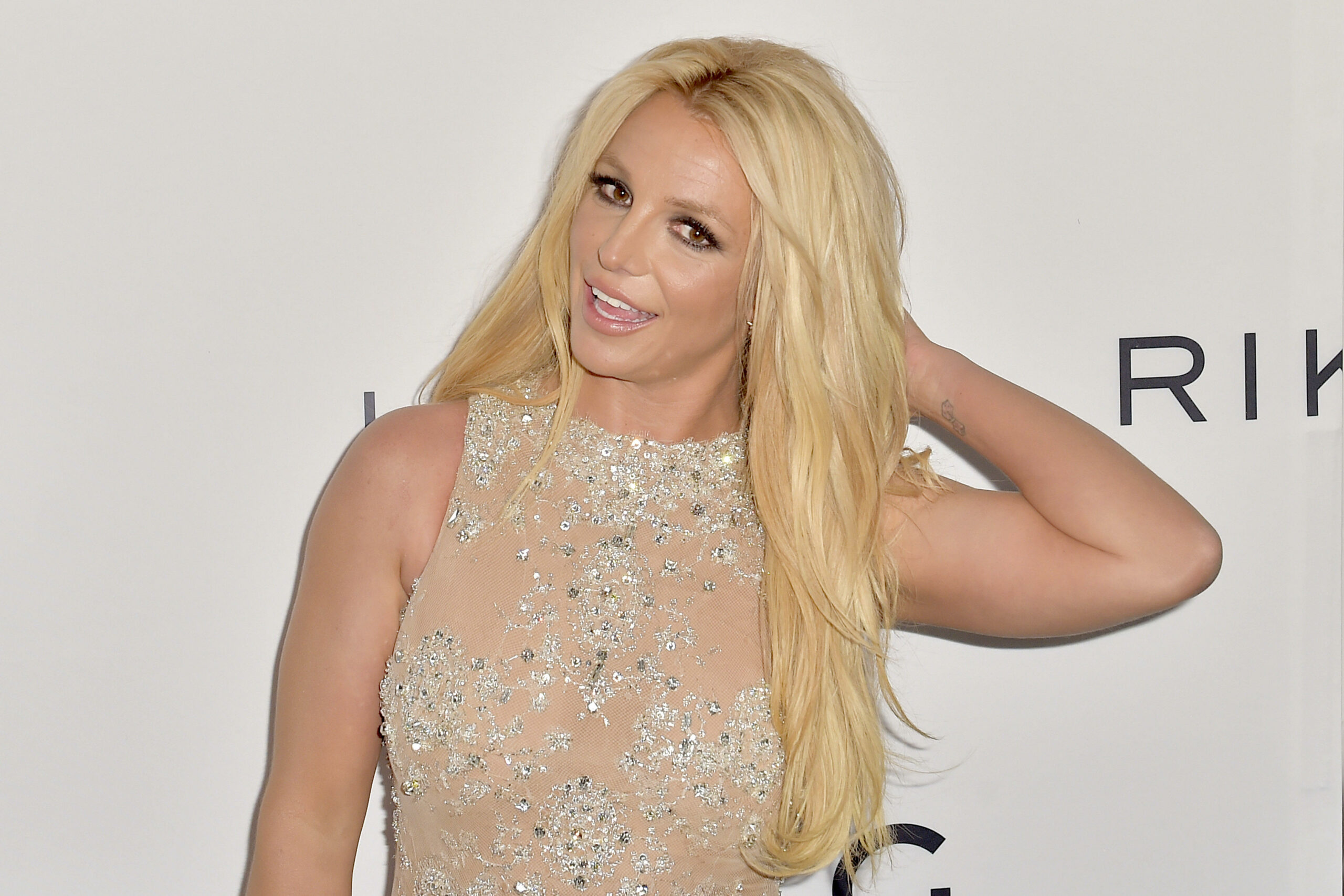 The Toxic singer is allowed to get married under the conservatorship but will need to be granted permission (Credit: Alamy)

Can Britney Spears and Sam Asghari have children under the conservatorship?

According to Jodi Montgomery's statement, Britney can have children under the conservatorship.

During her 24-minute testimony on June 23 of this year, Britney said: "I was told right now in the conservatorship, I'm not able to get married or have a baby, I have an [IUD] inside of myself right now so I don't get pregnant.

"I wanted to take the [IUD] out so I could start trying to have another baby. But this so-called team won't let me go to the doctor to take it out because they don't want me to have children — any more children." 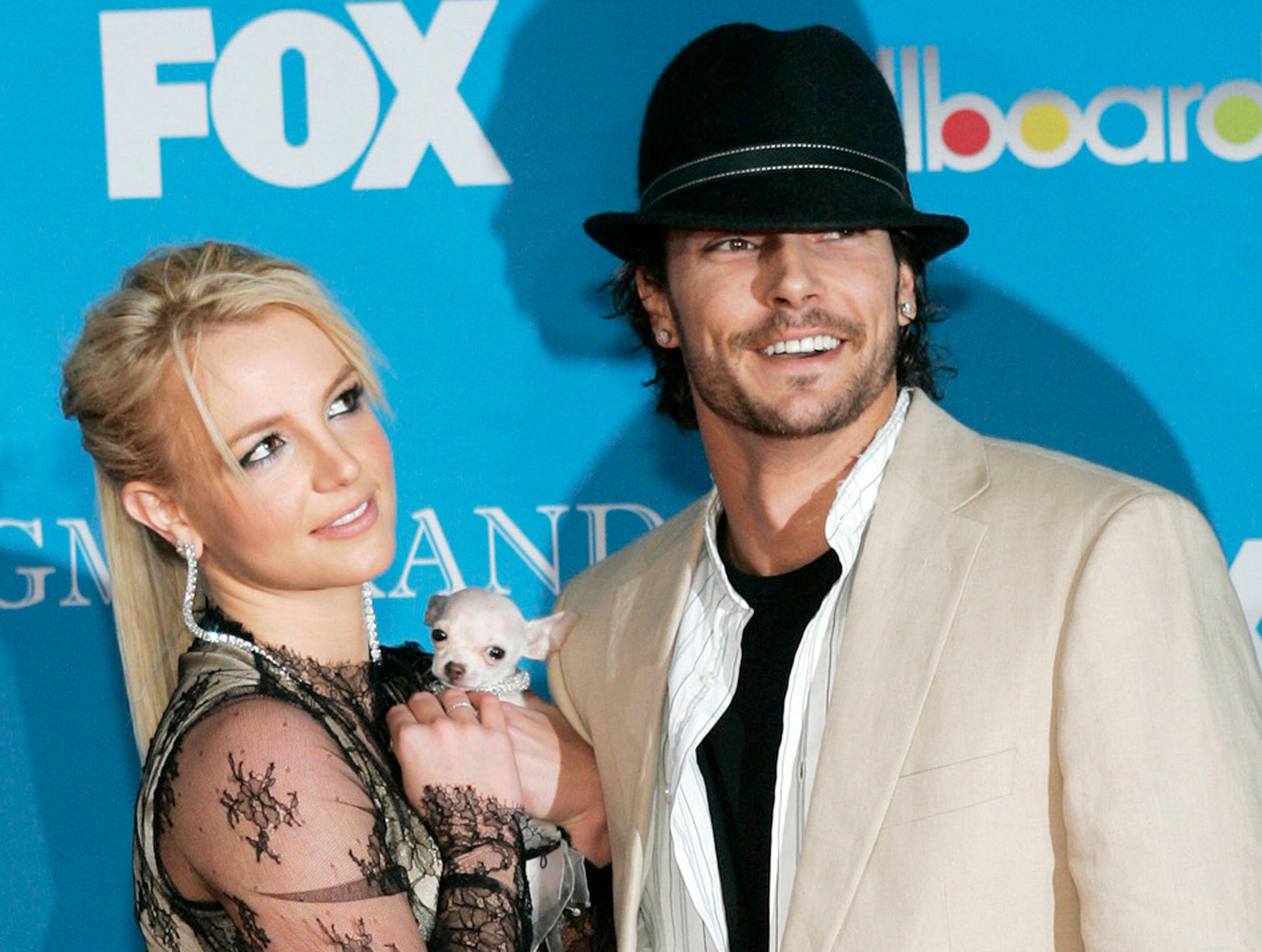 Britney has been married twice before and shares two children with her ex-husband Kevin Federline (Credit: Alamy)

How many times has Britney Spears been married?

Britney has been married twice. The Stronger hitmaker wed her childhood friend in 2004 in a whirlwind marriage that lasted just 55 hours.

The couple, who grew up together in Kentwood, Louisiana, had spent New Year's Eve in Las Vegas, when they decided to marry at 4 AM. The wedding was annulled shortly afterwards.

Later the same year, Britney married her backing dancer Kevin Federline, with whom she shares two children — Sean, 15, and Jayden, 14. They announced their engagement in July 2004, after just three months together.

In November 2006, the pop star filed for divorce from Federline, with the paperwork finalised in July of 2007.

Britney has 30 per cent custody of her sons, while Federline has primary custody. Upon their split in 2007, they agreed upon a 50-50 custody split. However, Federline was granted sole custody later that year after Britney suffered a public breakdown. 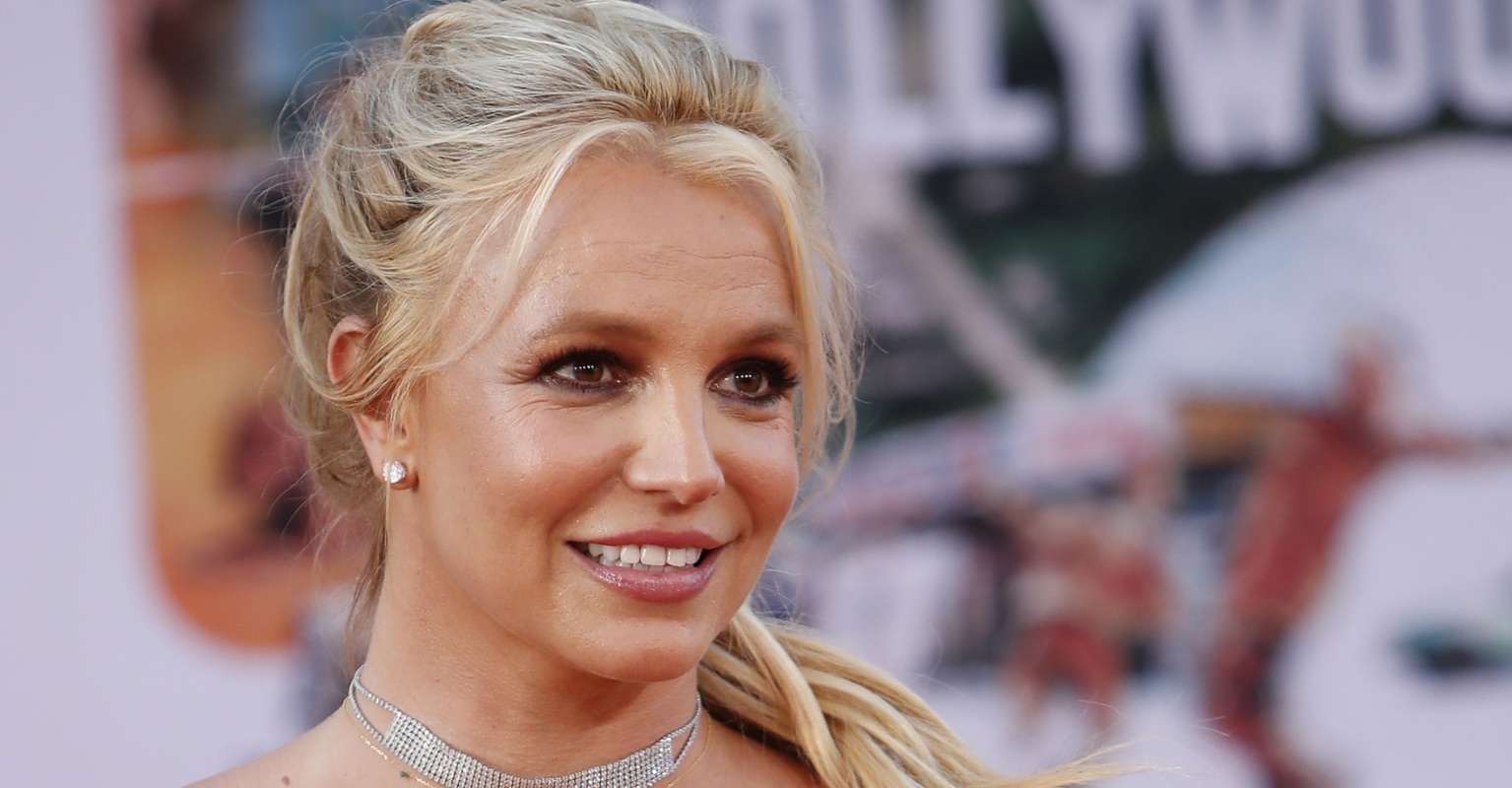 How long have Britney Spears been with her boyfriend Sam Asghari?

Britney has been dating 27-year-old Asghari for over four years. The pair met back in 2016 on the set of her music video, Slumber Party.

In an interview with Men's Health, the fitness trainer says that he tried to break the ice with the pop star with a joke. "She said, ‘Hi, I’m Britney,' and I said, ‘I’m sorry. What’s your name again?’ I tried to be funny. I don’t think anybody got it."

The pair ended up speaking during breaks, and exchanged phone numbers before the end of the shoot. This turned into an invite to go out for sushi.

READ MORE: Have Matt Damon's critics been too quick to attack over homophobic slur?

Despite attempting to keep their relationship out of the press, they were spotted in December of 2016 by paparazzi. Britney then made things Instagram official on New Year's Day in 2017.

"After the video came out, nobody knew we were dating," Asghari commented. "I don’t think [she or I] had the intention to just be friends."

Speaking about their relationship, Asghari added that Britney motivates him to do his best: "She motivates me more than anyone. It's crazy how I can be humbled by a person like her.

"If I could be that humble when I'm that high in life, that would be the best thing. I grew up with three sisters, and my personality is just to be a supportive person for my family and she's family. I'm always going to support her. She is another blessing that happened to me." 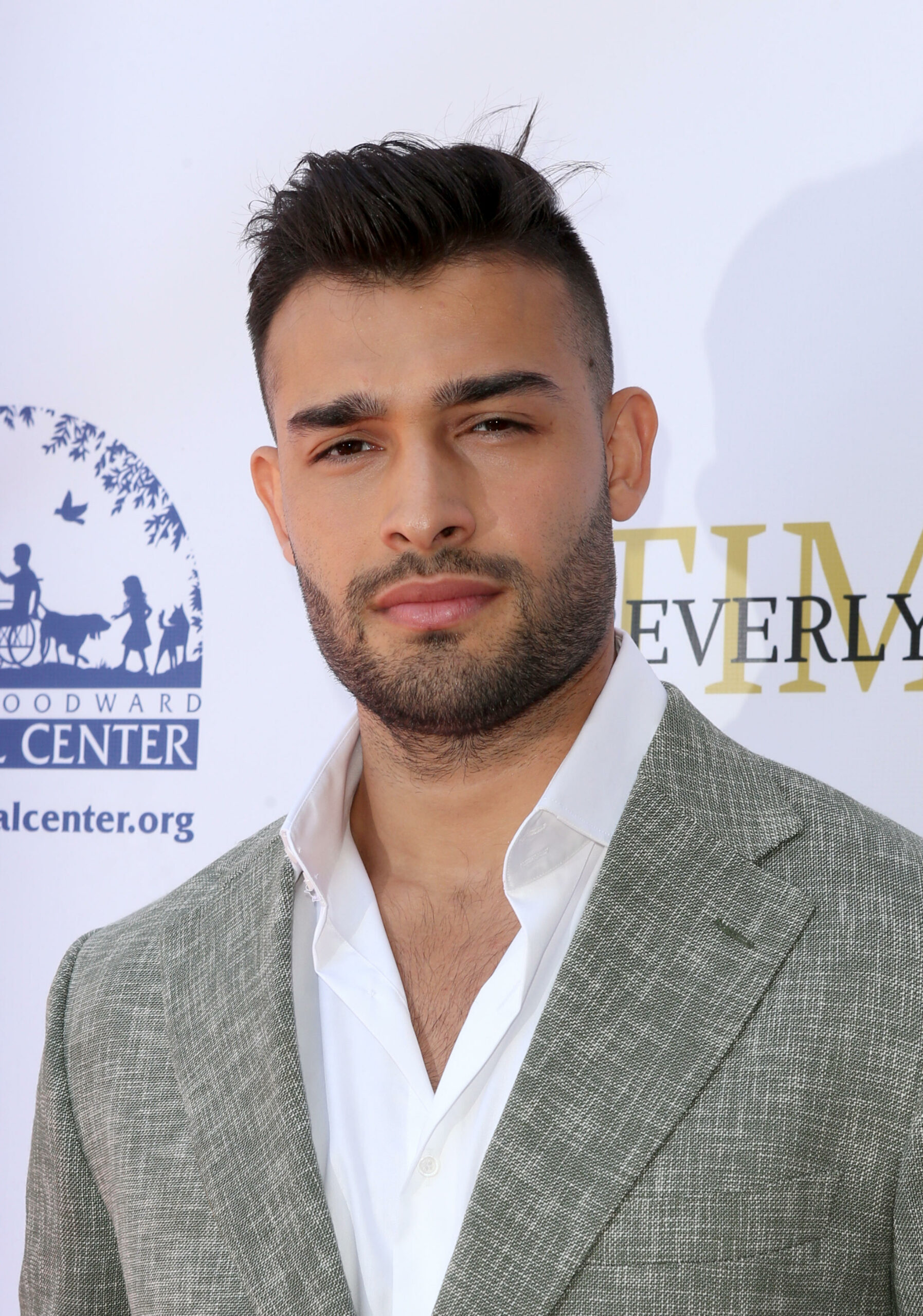 Who is Sam Asghari and what does he do?

Asghari is a fitness trainer, who was born in Tehran, Iran. He migrated to the US when he was 12-years-old, and attended high school in Los Angeles.

Currently, he runs Asghari Fitness, which offers personalised training programmes and meal plans to its customers.

READ MORE: Women are 'ending up with serious mental health issues' because of sexist childcare

With Britney's support, he is also looking to break into the world of acting. In the 2018 interview with Men's Health, he said he is trying to transition from commercials and music videos to the big screen.

"When I was a kid, I would look at action stars, superheroes and even comedians with amazing performances, and they changed my life," Asghari told the publication.