What does Kanye West say about Kim Kardashian on his new album 'Donda'?

Reports around what Kanye West says about Kim Kardashian on his new album Donda are divided.

The American rapper held a listening party for his upcoming tenth studio album in Las Vegas on Sunday night (July 18).

While the details are hazy, some reports are alleging that the rapper put his marriage to Kim Kardashian on blast, while others claimed that he said nothing negative about his ex-wife.

Either way, here's everything we know so far... 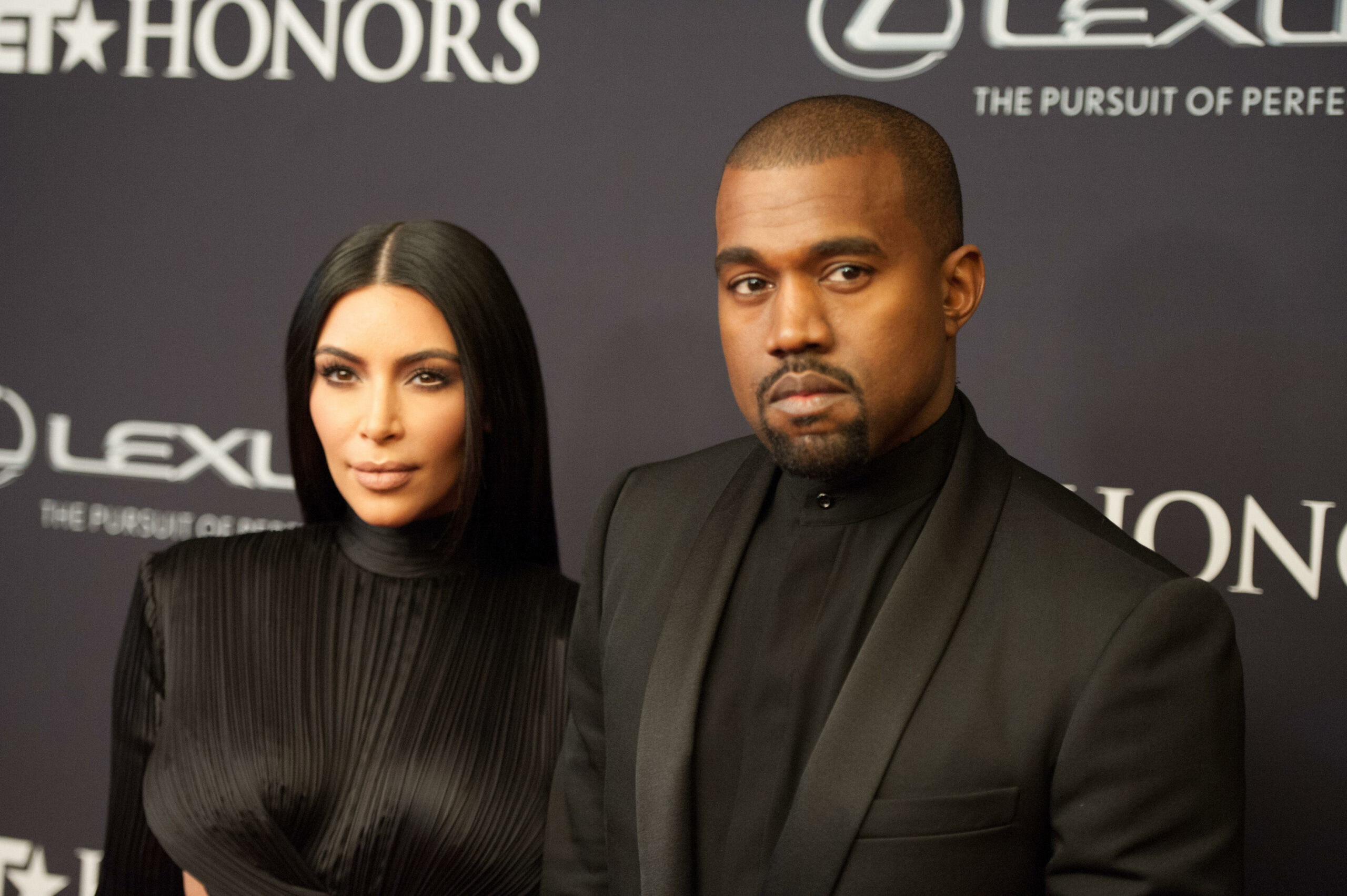 Reports around what Kanye West says about Kim Kardashian on his new album Donda are divided (Credit: Alamy)

1. Kanye 'cried' after comparing home with Kim to 'prison'

According to The Sun, the 44-year-old allegedly broke down in tears at the party, after performing his new song Welcome To My Life — which the publication claims delves into his personal life.

The track reportedly touches on his divorce from Kim, his Twitter meltdowns, and his unsuccessful bid for the US Presidency.

Per the tabloid, Kanye likened his marital home in Calabasas, LA, to a prison, rapping: "Tell the assassins I escaped from Calabasas".

A source at the Las Vegas listening party alleged: "It’s a very deep, sad song about Kanye, with him reflecting on his marriage with Kim. He talks about the kids and mentions her taking everything. After he played this song he paused for like, two minutes, and cried. It was really sombre." 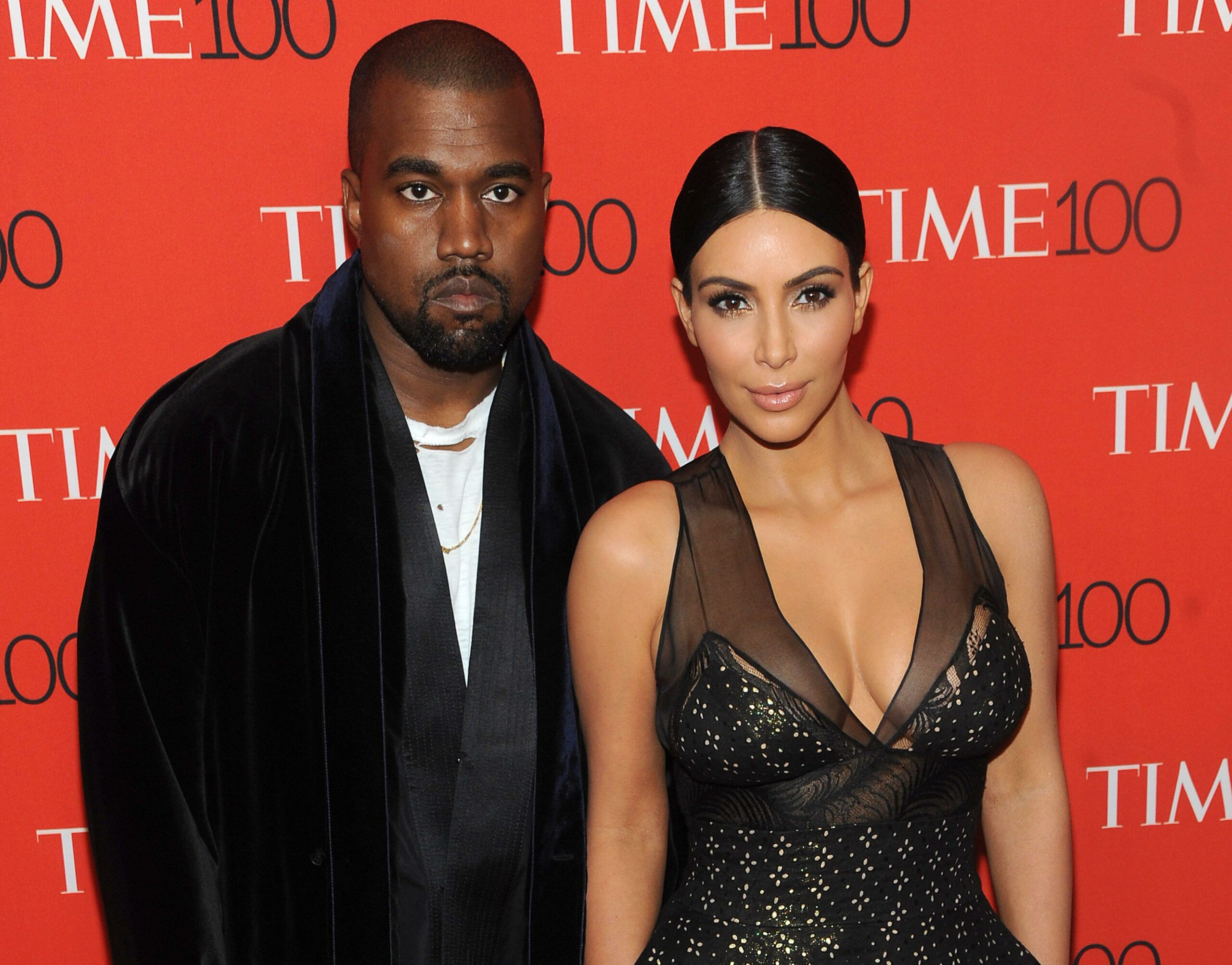 Per The Sun, the 44-year-old allegedly broke down in tears at the party (Credit: Alamy)

2. Other reports say that the rapper said nothing 'negative' about his ex-wife

Meanwhile, other reports dispute that version of events. Multiple sources have told Page Six that West didn't rap anything "negative" about his ex-wife, or compare himself to being a prisoner.

A source close to the pair told the publication: "Kanye actually played the song for Kim personally before the listening party. It’s emotional and personal. Not negative at all." 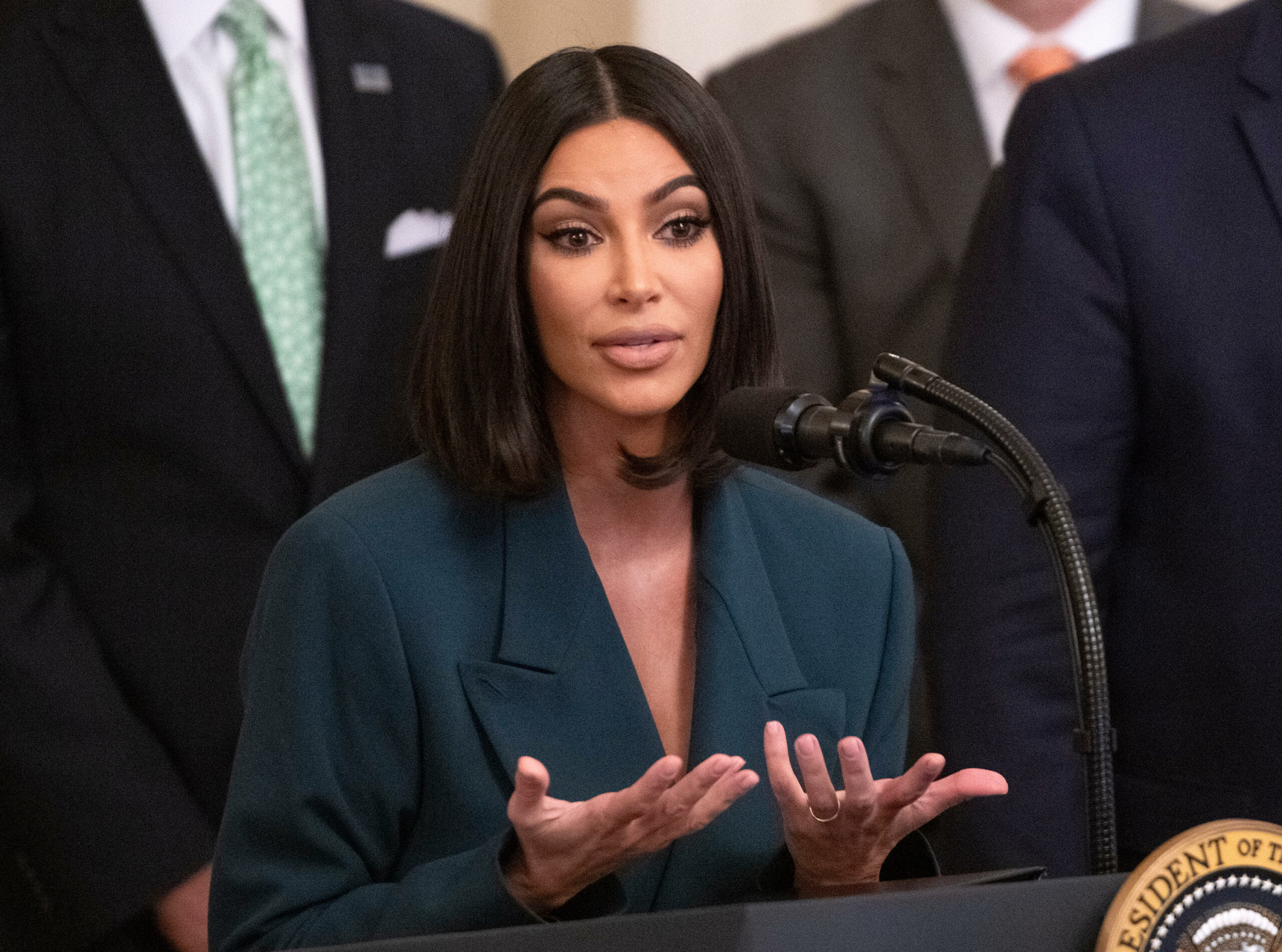 3. Kanye has previously been open about his personal life in his music

If Kanye did open up about his split from Kim in his new music, it would be in keeping with the rapper's lyrical style.

He has previously touched on his marriage to Kim, the Kardashian-Jenner family and his feud with Taylor Swift in previous songs.

For example, in 2018's Wouldn't Leave, from the album Ye, the father-of-four raps: "My wife callin', screamin', say we 'bout to lose it all / Had to calm her down 'cause she couldn't breathe / Told her she could leave me now, but she wouldn't leave."

Here, Kanye implies that Kim called him "screaming" over his "slavery was a choice" comments to TMZ at the time.

Likewise, in Famous, from The Life of Pablo, a lyric reads: "I feel like me and Taylor still might have sex."

It was incredibly controversial, and the pop star was quick to call out the rapper for allegedly not consulting her.  This famously set off the biggest celebrity feud of 2016. 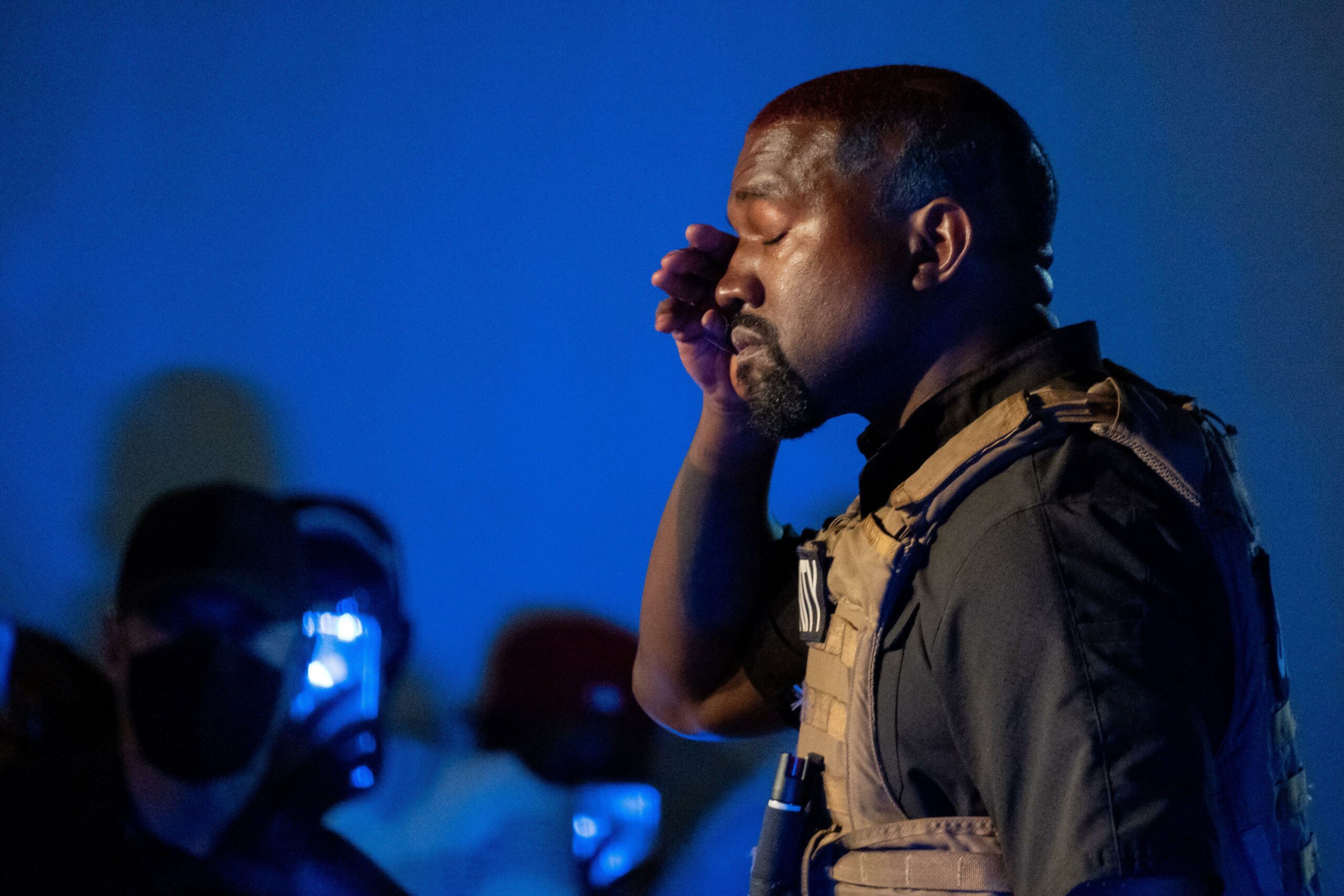 The rapper has previously addressed his personal life in his songs (Credit: Alamy)

Just before the Las Vegas listening party, the former couple reunited to get in some family time with their four children. They share North, eight, Saint, five, Chicago, three, and Psalm, one, together.

They attended the Asian Art Museum on Saturday morning (July 17) to view the venue's new teamLab: Continuity exhibition, according to The Sun.

Zac Rose, the associate communications director at the museum, said that Kanye was "a fan of teamLab", a Tokyo-based international art collective. He added: "We opened a little early for them, to avoid a spectacle, and give them some independence and privacy."

One insider told the publication: "It didn't look romantic between them. But it is clear that they are friends and getting along great." The source added their kids "were running around laughing and looked really happy". 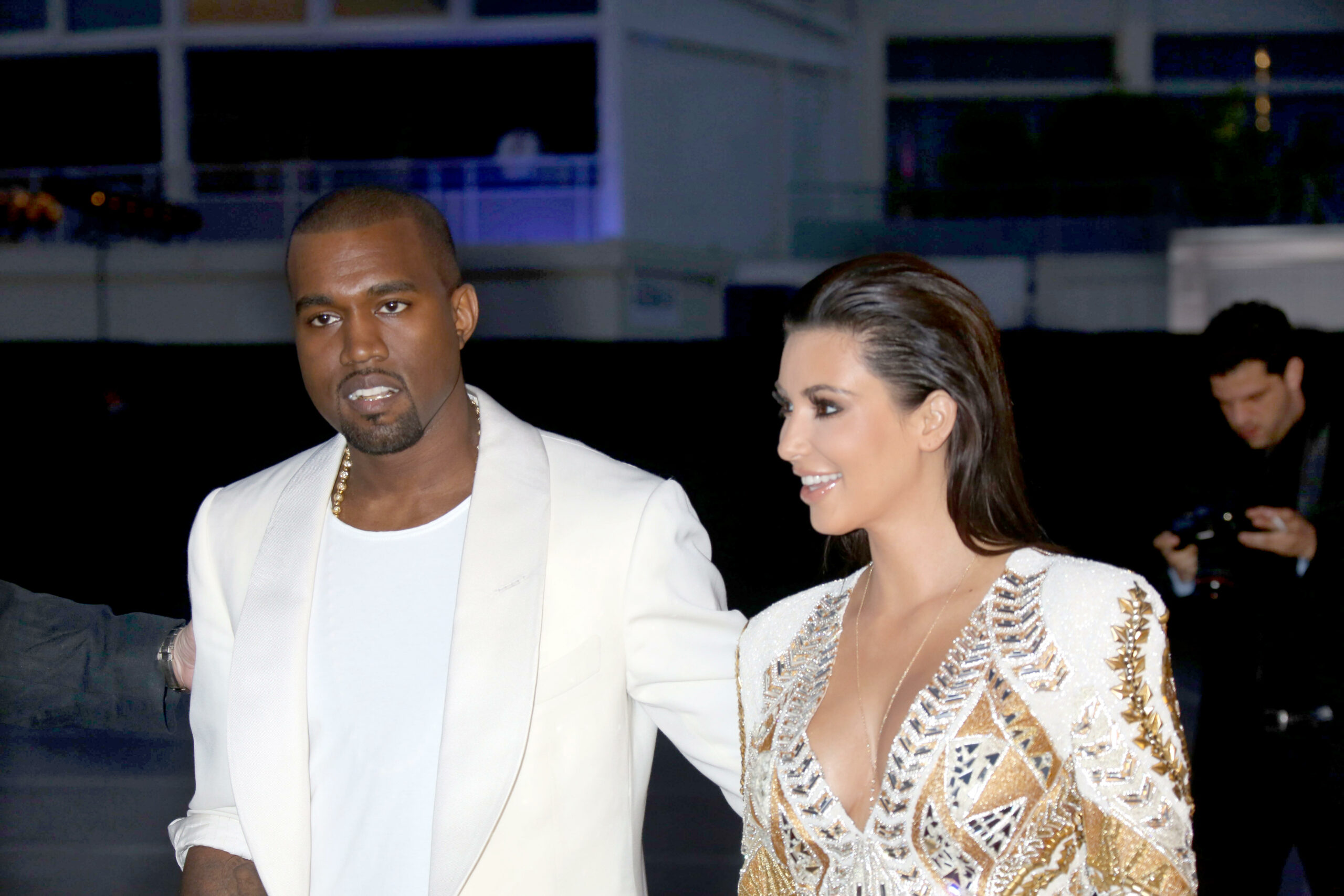 During last month's Keeping Up with the Kardashians reunion special, the beauty mogul and SKIMS founder had only positive words for her ex-husband of seven years.

"That was my friend first and foremost for a long time – I can’t see that going away," she told host, Andy Cohen. "I will forever be Kanye’s biggest fan. He’s the father of my kids. Kanye will always be family." 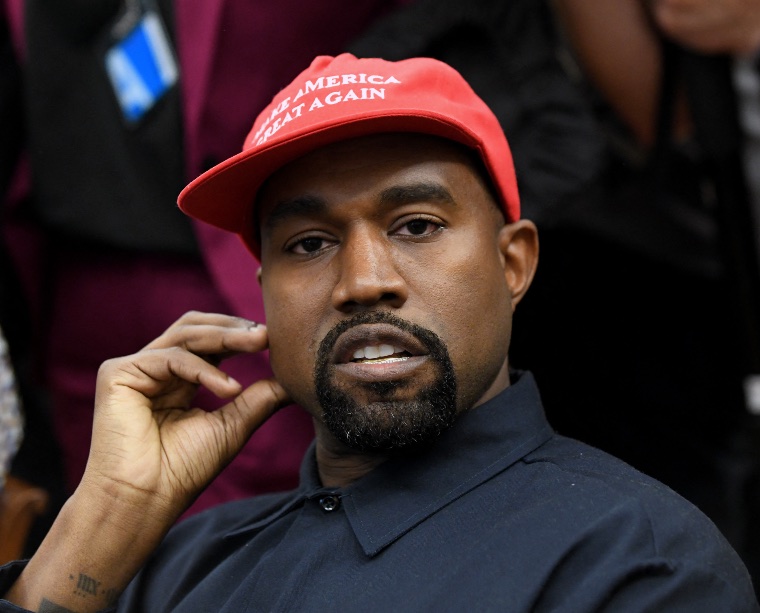 6. 'Donda' was delayed amid divorce from Kim

Kanye's upcoming album was delayed amid his marital struggles with Kim, as well as his failed presidential campaign, according to USA Today.

The initial date for Donda's release was due to be the same day that Taylor Swift — with whom Kanye has a long-running feud — was supposed to drop her surprise Album, Folklore, on July 24, 2020.

However, just before the album was supposed to debut, the rapper posted a slew of strange tweets. In one, West implied that his then-wife had tried to have him hospitalised. He said, "Kim tried to bring a doctor to lock me up."

At a rally, he also claimed he nearly "killed" the couple's first daughter, North, by considering an abortion.

He said: "My dad wanted to abort me. My mom saved my life. There would have been no Kanye West, because my dad was too busy. I almost killed my daughter. So even if my wife were to divorce me after this speech, she brought North into the world, even when I didn't want to. She stood up. She protected that child."

Several days later, Kim broke her silence on her husband's mental health. She took to Instagram to post a slew of Instagram Stories that discussed Kanye's bipolar disorder, and implored the public to be compassionate.

"As many of you know, Kanye has bipolar disorder," the reality television star wrote. "Anyone who has this or has a loved one in their life who does, knows how incredibly complicated and painful it is to understand."

She went on to cite the struggles of being a Black male artist, the loss of his mother, and the coronavirus pandemic. Finally, she added that she and her family were "powerless" to get him help since he is an adult.