Nirvana are being sued for child sexual exploitation around their iconic Nevermind album cover.

Famous for being photographed nude at four-months-old for the 1991 record, Spencer Elden, 30, claims he was too young to give his consent at the time and that the band violated federal child pornography statutes by using the image.

Elden alleges that he has suffered "lifelong damages" due to the cover, including "extreme and permanent emotional distress with physical manifestations", as well as loss of education, financial gain, and "enjoyment of life".

Commenting on the case, Mark Stephens, human rights lawyer at Howard Kennedy, tells Four Nine that Elden's claim is "legally far fetched" and that it is likely to be dismissed. 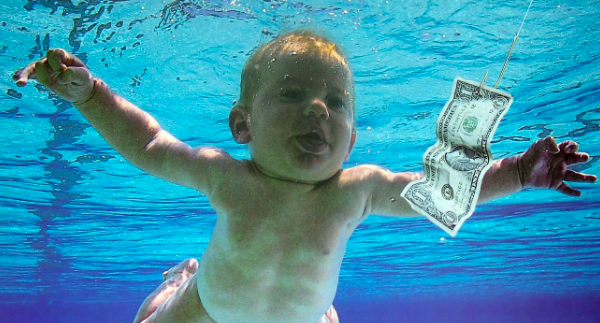 Has Spencer Elden 'missed the boat'?

Explaining Elden's legal rights, Stephens tells me: "According to the statute of limitations, Elden is allowed three years from his 18th birthday to file a complaint, and to withdraw his consent for its use.

"He's missed the boat on that now. Elden has complained about it – but his complaint seems to be around the fact that the album and the band made millions, while his family were only paid $250."

In the lawsuit, Elden alleges that he was never paid for appearing on the cover and that his parents never signed a release form for the image. However, other reports claim that he was paid around $250.

READ MORE: Marilyn Manson fans have a responsibility to not enable him

"The amount he allegedly got paid at the time was a fair rate for the subject of a photograph. You can't go back and renegotiate the deal — and he's lost his opportunity to do so," Stephens continues, adding that the case is likely to be dismissed on those grounds.

"It appears that he's trying to shame the record company into paying more. It's an album that went on to become iconic, but no one knew that when the photograph was taken.

"If the album was a complete flop, would he still be making this claim?" 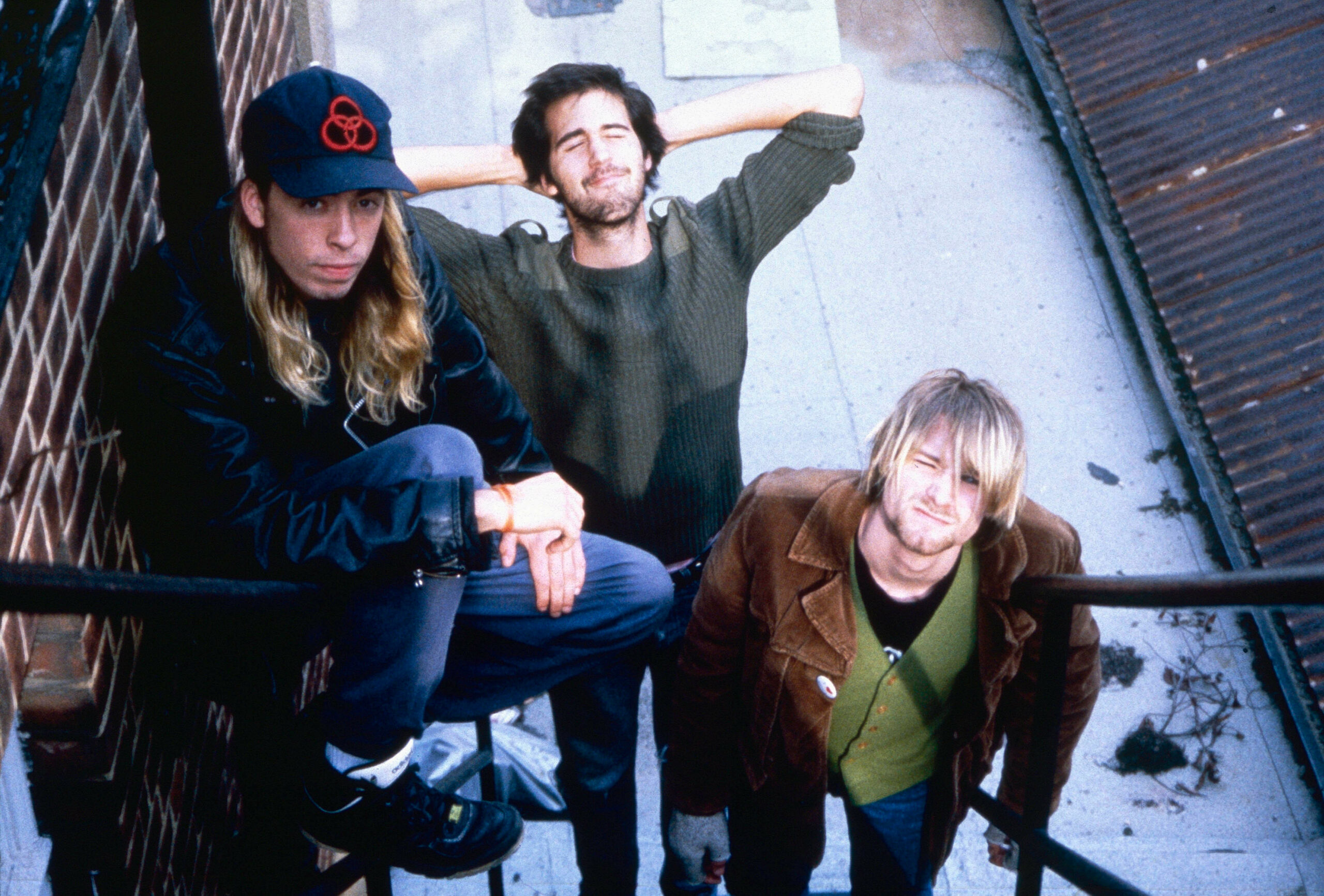 Elden's lawyers allege that the image makes him resemble "a sex worker — grabbing for a dollar bill". They further accuse the defendants of "commercial child sexual exploitation of him from while he was a minor to the present day," adding that they "knowingly produced, possessed and advertised commercial child pornography."

The defendants implicated in the case include the surviving members of the band, Kurt Cobain's widow, Courtney Love, and record labels that released or distributed the album over the past 30 years.

Elden is seeking damages of at least $150,000 from each of the defendants, plus costs, and asks that the case be tried with a jury.

Representatives for Nirvana, their record labels, and the defendants have not yet responded to the allegations. 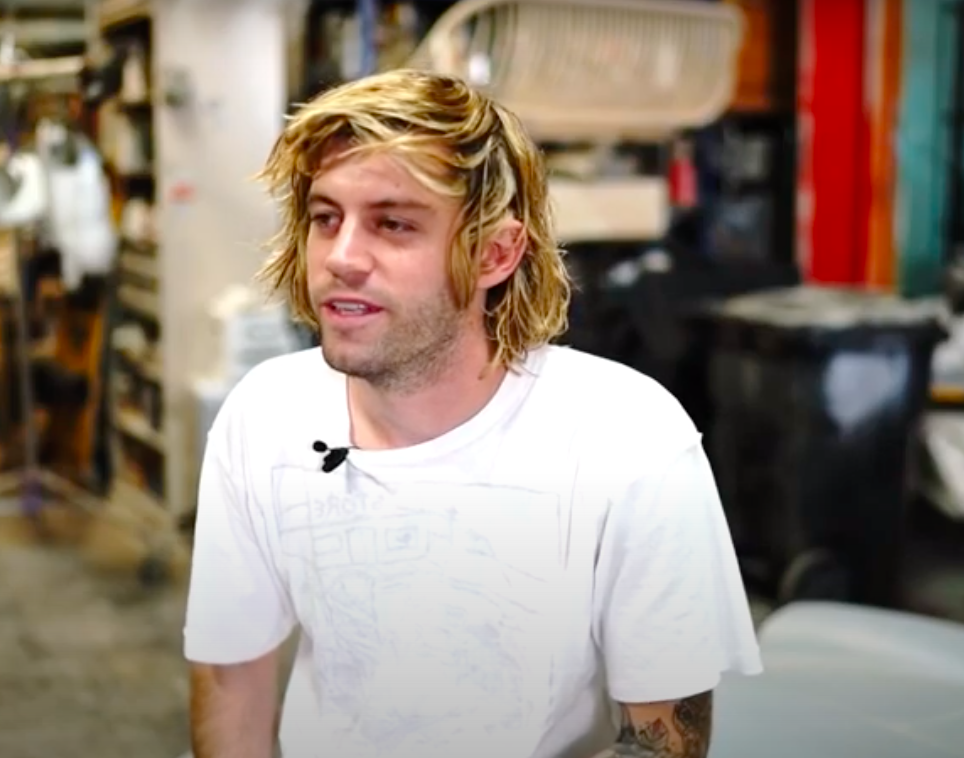 The 30-year-old's move to sue stands in contrast to some previous remarks he has made about the Nevermind cover. He recreated it several times as a teenager, and as an adult to mark the album's 10th, 20th and 25th anniversaries.

Back in 2015, he told the Guardian that the cover had "always been a positive thing and opened doors."

He added: "It helps with girls, too. Sometimes girls chat me up about it more than the other way around.

"Sooner or later, I want to create a print of a real-deal re-enactment shot, completely naked. Why not? I think it would be fun.

'It's hard not to get upset'

However, in recent years, Elden's concerns about the image have become more visible. In a 2016 interview with Time Magazine, he admitted that he "got a little upset" about the exposure he had received.

"I just woke up already being a part of this huge project. It's pretty difficult – you feel like you're famous for nothing.

READ MORE: What does Kanye say about Kim Kardashian on his new album 'Donda'?

"It's hard not to get upset when you hear how much money was involved. [When] I go to a baseball game and think about it: 'Man, everybody at this baseball game has probably seen my little baby penis,' I feel like I got part of my human rights revoked.". 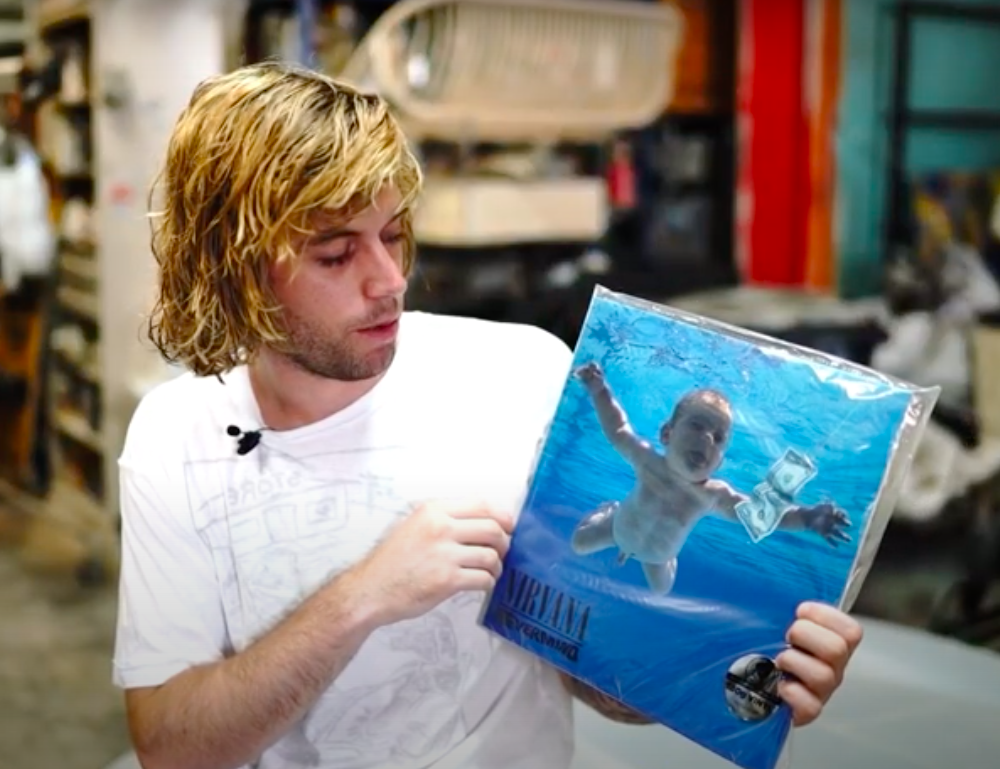 Elden's family were reportedly paid $250 for use of the image (Credit: ITV)

'This case serves as a warning'

Speaking about his changing views on the photograph, sexual abuse solicitor at Hugh James, Alan Collins, tells Four Nine that "whether Elden or any other victim in such a case can prove they have suffered psychiatric harm after all this time may be a formidable obstacle".

He continues: "It is clearly understandable how such an image could potentially cause psychological injury.

READ MORE: Have Matt Damon's critics been too quick to attack over his homophobic slur confession?

"There is a potential argument that to publish a photograph of a baby with genitalia exposed is likely to cause him or her, later in life, at the very least a degree of embarrassment, and at worse distress. That must surely be foreseeable, and so to use and publish such a photograph is a deliberate act with that risk in mind.

"The case serves as a warning to those who take intimate images of themselves and others and share them without consent," he concludes.