What to expect from R. Kelly trial – from possible prison sentences to testimonies from Aaliyah's friends and family

R. Kelly faces up to 20 years in prison if he is found guilty of sexual abuse.

The multi-award-winning singer, famed for hits such as I Believe I Can Fly and Ignition, finally appeared in court yesterday (August 18) after years of delays to face charges of operating a criminal enterprise that forced women and underage girls to have sex with him.

Experts predict that the trial, which will include testimonies from females as well as one male accuser, will last for around one month. But even if he is acquitted, Kelly is yet to go on to face sex-related charges in Illinois and Minnesota.

Speaking exclusively to Four Nine, Jeffrey Grell, a professor at the University of Minnesota Law School, tells me that this case is "highly unusual" – but here is what we can expect... 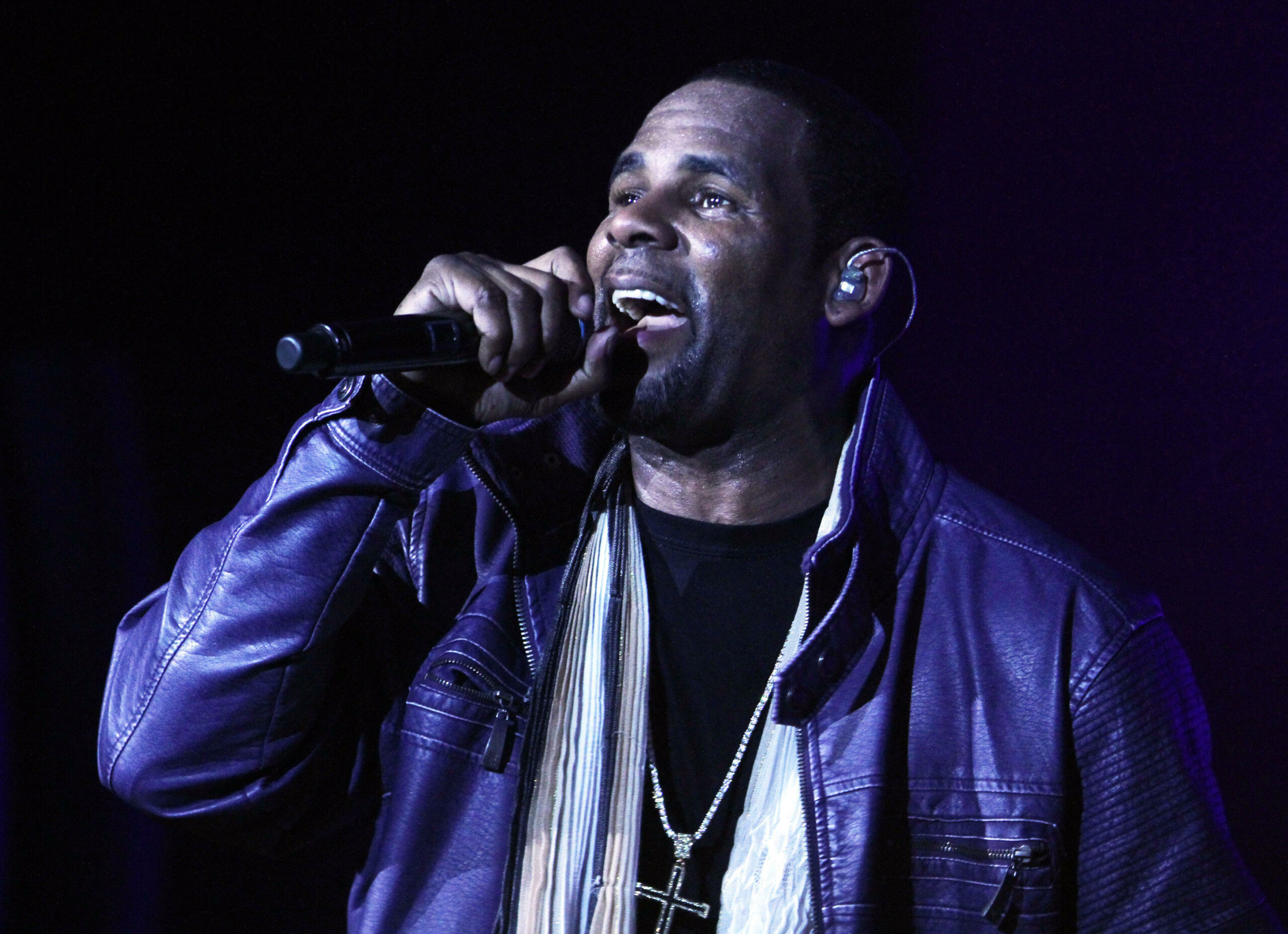 The latest charges against R. Kelly

Kelly — full name Robert Sylvester Kelly — is facing charges of child pornography, obstruction of justice and racketeering. He is also facing eight counts of violating the Mann Act, which prohibits transporting individuals across state lines for prosecution. He is denying and pleading not guilty to every charge.

Commenting on how likely Kelly is to be convicted, Grell explains that "if the government can prove what's in the indictment, it's pretty overwhelming."

READ MORE: Here's what's happening in Afghanistan and why 'women are scared out of their minds'

"But this is not a typical case," he adds. "There's almost nothing typical about it. So there's no real blueprint that we can follow in a situation like this.

"This is a case where you have so many incidents that prosecutors are trying to overwhelm the defence." 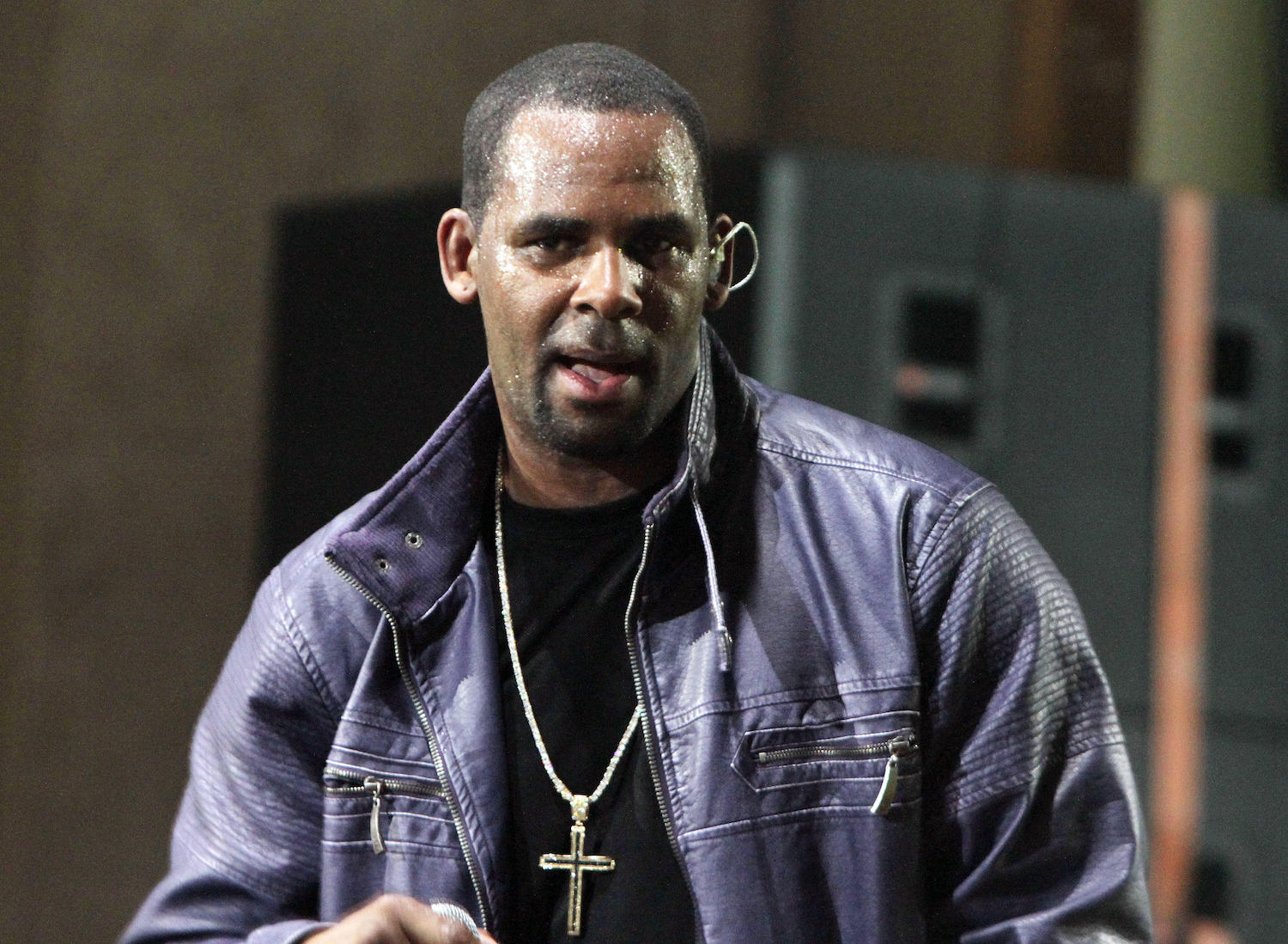 The I Believe I Can Fly singer is being held in a Brooklyn detention centre for the duration of the trial (Credit: Alamy)

This time, it's different

This is the first criminal trial that Kelly has faced since he was acquitted on child pornography charges 13 years ago.

In June 2008, the singer was acquitted on 14 charges of child pornography after he was found not guilty of making a sex tape which allegedly showed him having sex with a 13-year-old girl.

However, the footage, which an FBI expert said had not been faked but had been duplicated several times, was reportedly grainy. When witnesses were called forward to confirm if the girl on the tape was the alleged victim, there were mixed testimonies, with some relatives saying they recognised the girl while other did not.

READ MORE: Have Matt Damon's critics been too quick to attack over homophobic slur?

Commenting on how this case is different to he 2008 trial, Grell says: "This time, Kelly can't get out of it on the basis of one grainy video. Even if you can argue your way out of one or two of these instances, there's so many more on the indictment this time.

"They're trying to box him in with the gravity of all the accusations. One statutory rape case is bad but when you so many alleged charges, it's really bad."

However, Grell stresses that it's important to remember that currently, it is just an indictment, and that everyone is entitled to a presumption of innocence regardless of their alleged behaviour. 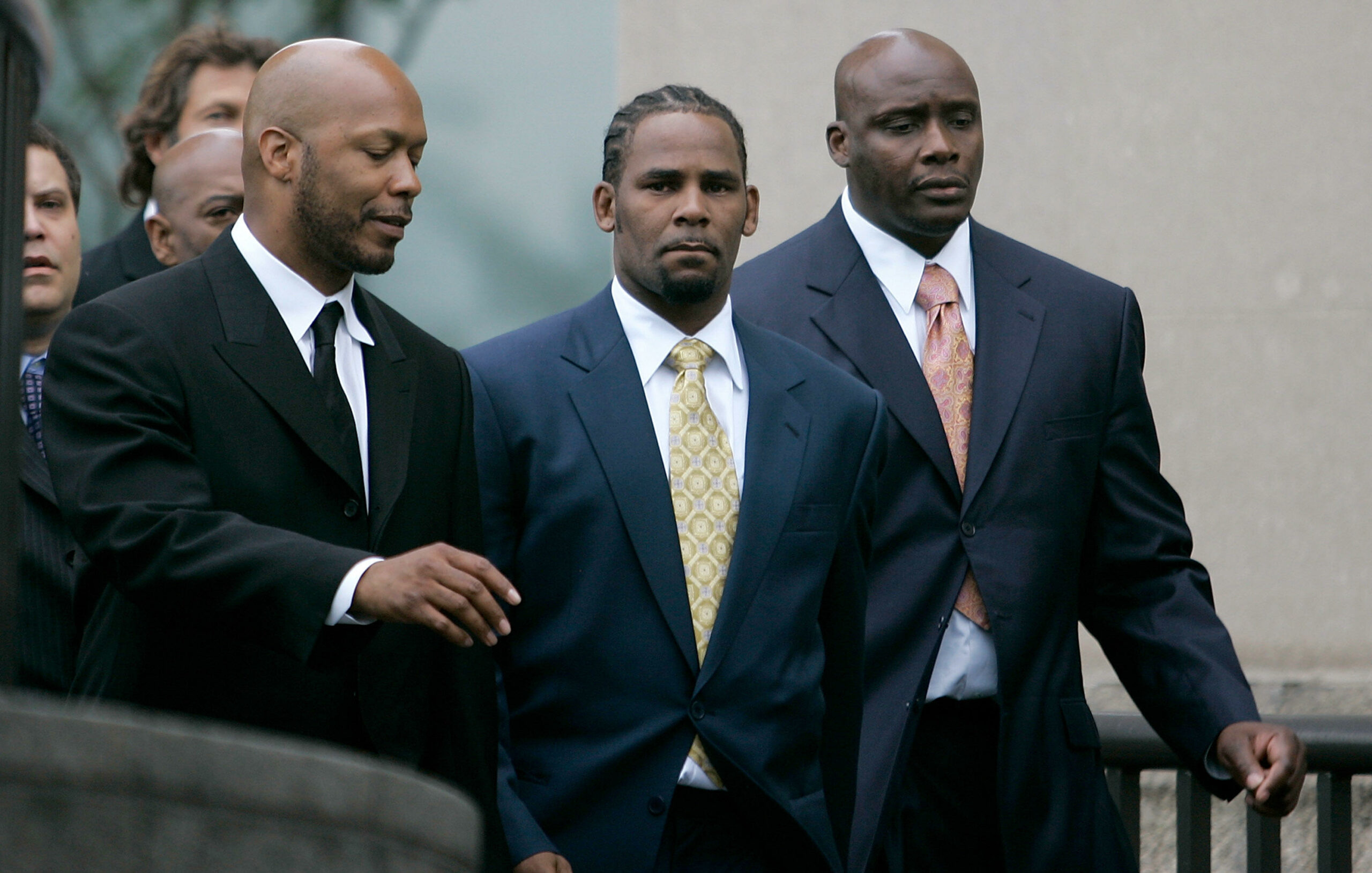 Kelly was acquitted on child pornography charges back in 2008 (Credit: Alamy)

According to Grell, Kelly could be looking at potential spending the next two decades behind bars if he is found guilty.

"I don't believe any of the charges against Kelly would carry a life sentence, or the death penalty," he tells me. "But Kelly could potentially be 74 by the time he is released – although that's only if the judge imposes the maximum sentence."

Kelly is being charged under the racketeering statute, also known as RICO – a 1970 law was originally designed to go after mafia bosses who used underlings to do their work.

Authorities are taking this route because they claim Kelly's alleged abuse went hand-in-hand with an orchestrated criminal enterprise. They say that Kelly's racketeering "enterprise" ran from 1994 until his arrest in July of 2019.

In court documents, per Vulture, they claim that Kelly, his managers, personal assistants, bodyguards, drivers, and other such individuals shared a common purpose of achieving the enterprise's objectives — luring girls and women into illegal sexual activity.

Commenting not he case, Grell, who is a RICO expert, says that the maximum sentencing you can receive under RICO is 20 years – unless the underlying act allows for the sentence of murder, which 54-year-old Kelly does not currently have.

"All of the charges against Kelly are criminal violations in and of themselves," adds Grell. "But the complexity of RICO is based on the fact that you have to submit all the proof that would be required to prove the underlying crimes — so you're essentially proving crimes within a bigger crime." 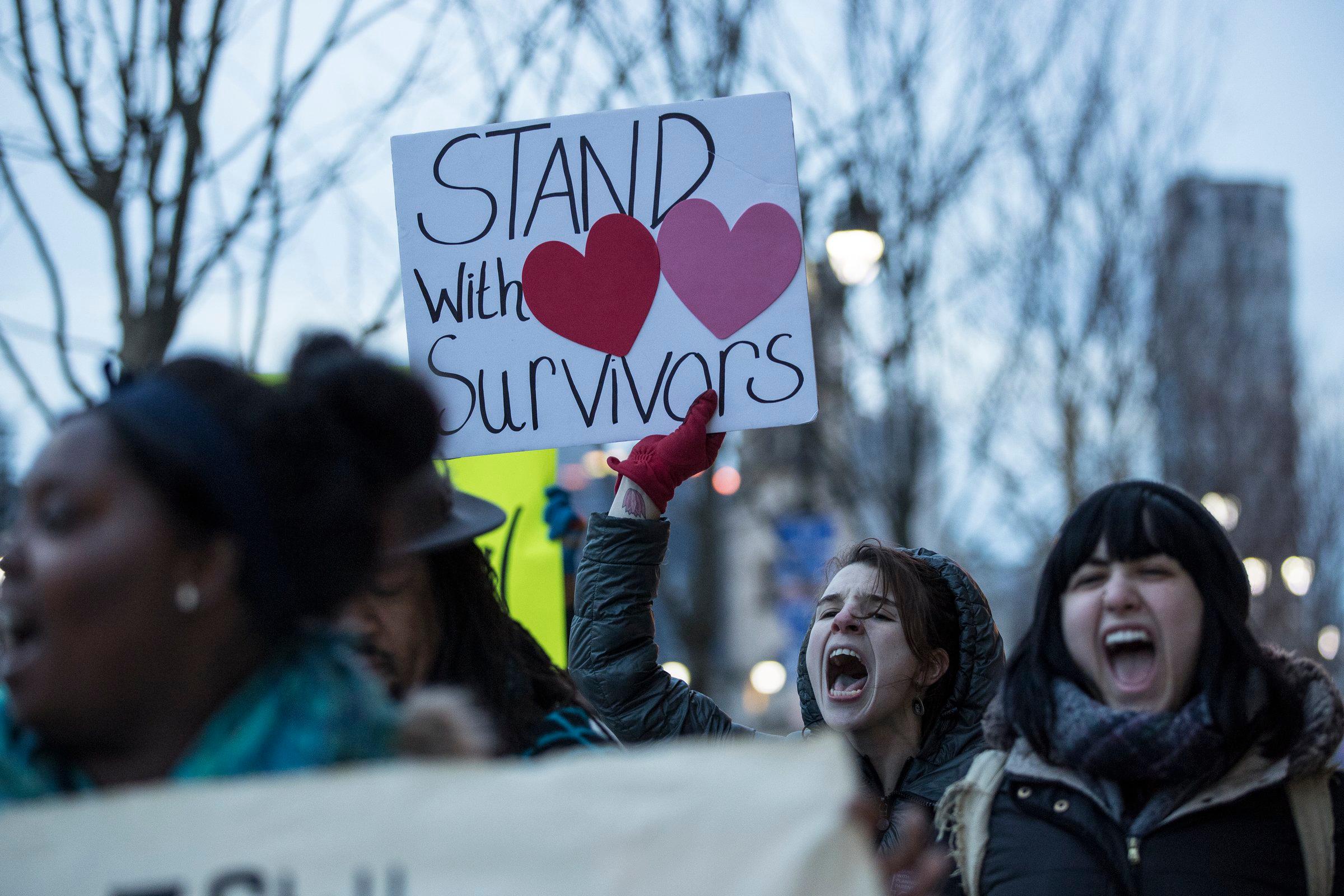 During the trial, Kelly's relationship and marriage to the late singer Aaliyah will be brought up as part of the racketeering charge.

In her opening statement yesterday, assistant US attorney Maria Cruz Melendez, claimed that Kelly started having sex with Aaliyah shortly after meeting her when she was just 12-years-old.

Three years later, the star told Kelly she had fallen pregnant with his baby. According to Cruz Melendez, Kelly believed that Aaliyah wouldn't be able to file any criminal charges against him if they were married. So, he allegedly paid an Illinois government employee $500 for a fake ID for the then 15-year-old, falsely stating that she was 18.

After sourcing the ID, Kelly flew Aaliyah out to a Chicago hotel suite and married her. The marriage was annulled less than a year later.  Tragically, Aaliyah was then killed in a plane crash in the Bahamas in 2001. She was just 22-years-old.

Responding to the allegations, Kelly's attorney, Nicole Blank Becker, said in her opening statement that while Aaliyah's friends and relatives will give testimonies against her client, the late singer herself would obviously not be able to give her own account of what happened. 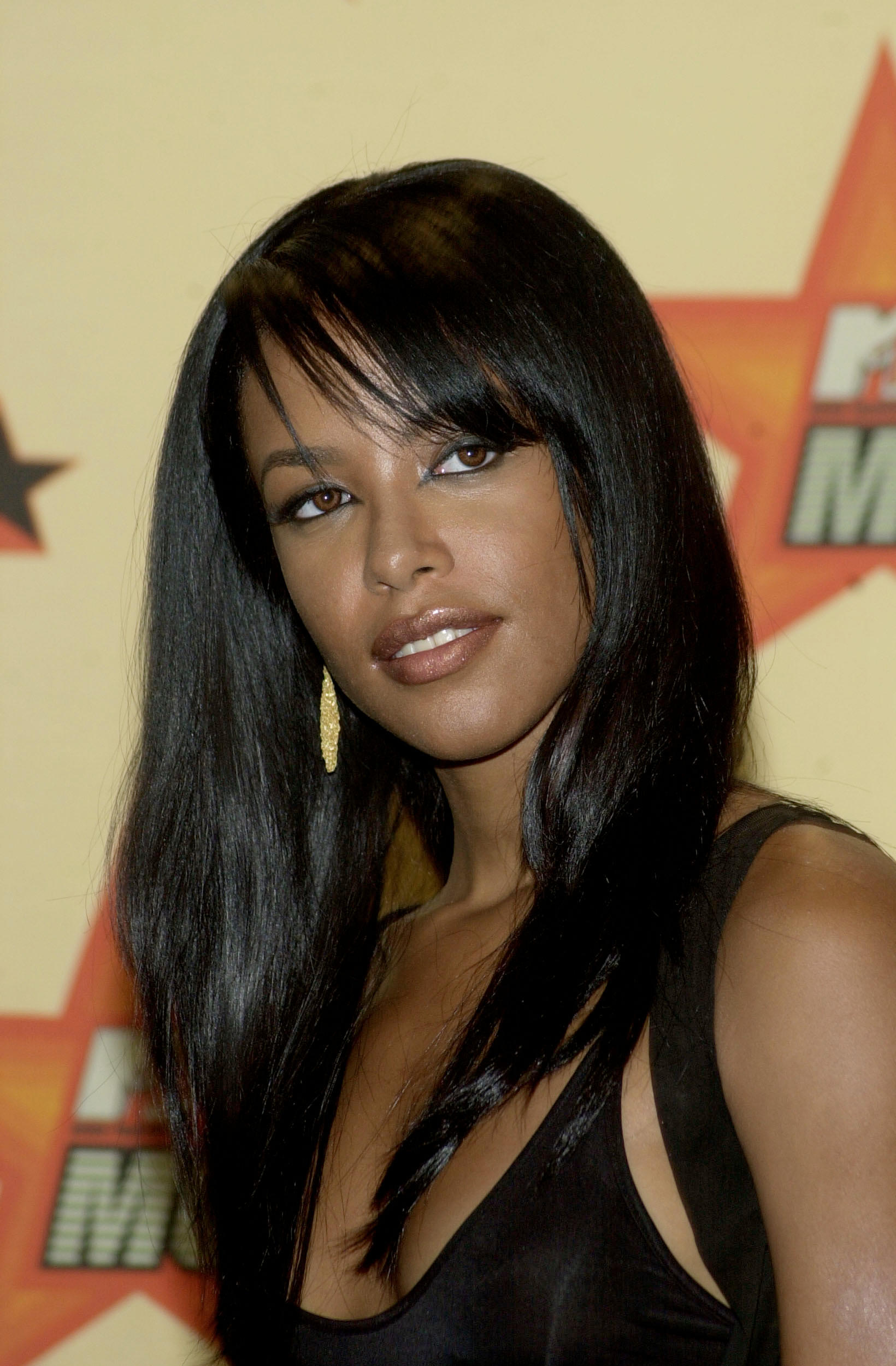 Relatives and friends of Aaliyah will testify against R. Kelly during the trial (Credit: Alamy)

Including Aaliyah, the trial will centre around six women, referred to as "Jane Doe's". But to further legitimise the racketeering charge, prosecutors will also introduce other alleged crimes that were not included in the indictment.

These include accusations of sexual abuse that could involve up to 14 people. One such male individual, who is reportedly set to testify, will claim that Kelly pressured him to have sex when he was 17-years-old.

Responding to the list of alleged victims, defence lawyers have described the individuals as "groupies", who routinely attended his shows and said that they were "dying to be with him".

The defence further claims that accusations of abuse against Kelly only surfaced in the midst of the #MeToo movement.

Who will decide R. Kelly's fate?

A 12-strong jury was been chosen to determine when Kelly is guilty.

Ahead of the trial, she questioned the jurors over their awareness of Kelly and their impartiality to the case. In addition, the jurors were also quizzed on their personal views and experiences regarding sexual crimes and the #MeToo movement.

READ MORE: Amy Winehouse's ex-girlfriend speaks out for the first time on anniversary of her death

Members of the jury include a mother of two school-aged children, a flight attendant, a fraud investigator who said she is an active member in her local church, a woman with several family members in prison, and a male who is employed in a hotel, according to The New York Times.

However, all will remain anonymous.

A verdict is expected to be reached next month.