Afghan women face an uncertain future. After the Taliban took full control of the country by seizing the capital, Kabul, on Sunday, they have been vocal about their fears of inhabiting a world that their parents and grandparents only spoke about.

The Taliban takeover came after international forces withdrew from Afghanistan, with the United States officially beginning its departure back in May.

"Women are scared out of their minds," security and terrorism analyst, Dr Sajjan Gohel tells Four Nine. "From the Afghan women I've spoken to, it's incredibly traumatic. You're looking at an entire generation who only read about the Taliban in books. Now, they're having to live side-by-side with what is effectively a misogynistic cult."

While it is difficult to quantify the scale of what's happening as it continues to unfold, Dr Gohel says that he believes we are going to see a return "to some degree of what we saw in the 1990s".

And this has only been corroborated by events on the ground. "It is a situation where you could well see women being murdered by the Taliban," he warns. 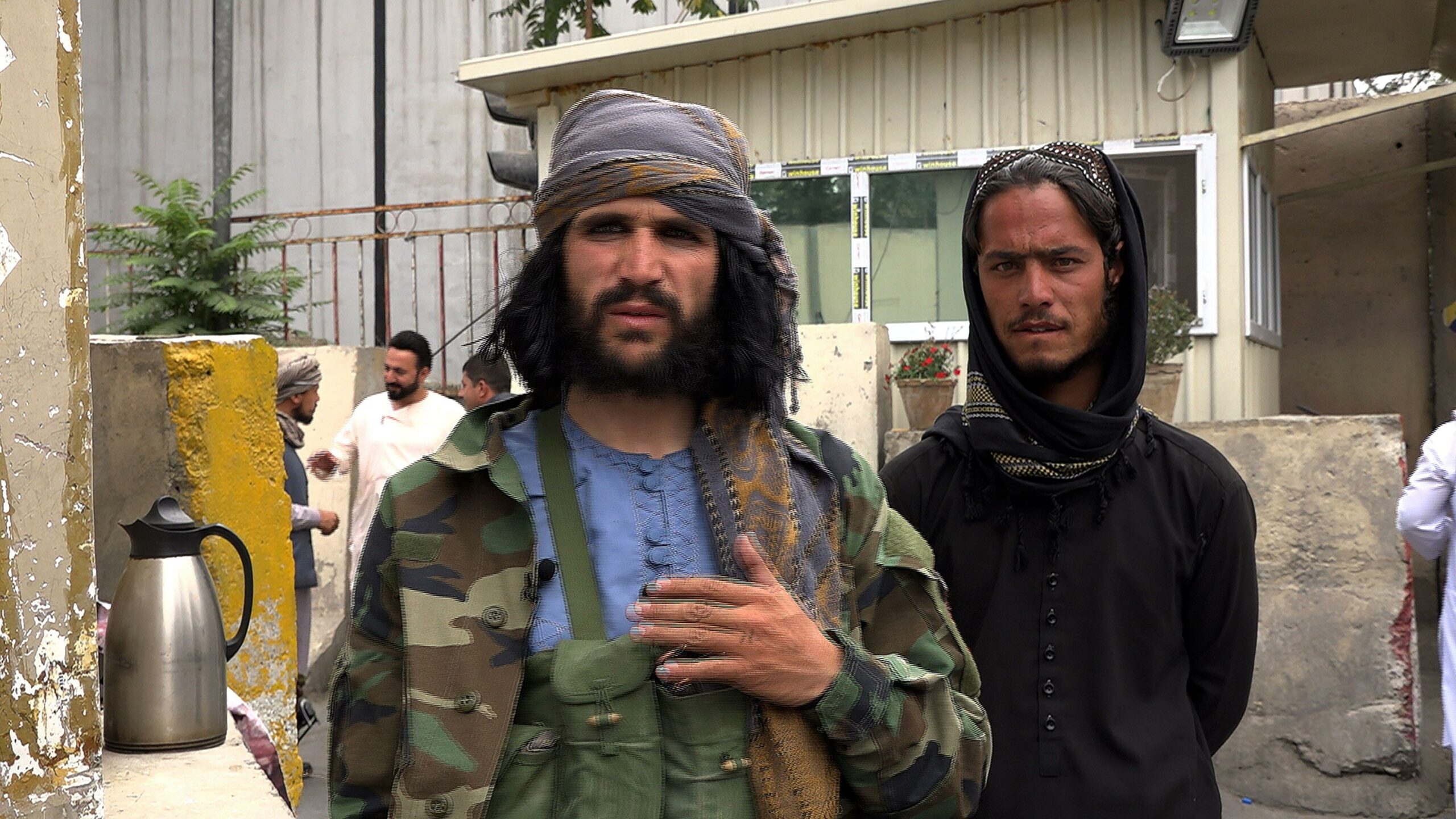 "Women's lives [from 1996 to 2001] were very bleak and severely repressed by the Taliban. You're looking at an era where every aspect of a woman's life was controlled, contained, and confined," the international security director at the Asia-Pacific Foundation explains.

The Taliban enforced strict modesty laws, barred women from education, and forbade them from leaving their house without a male companion. Violating their rules carried a heavy penalty — they were arbitrarily beaten for things such as being found wearing nail varnish, or exposing the skin on their feet.

READ MORE: Here's what could happen to Prince Andrew amid sex abuse lawsuit

Then, it became deadly: one woman who was accused of killing her husband, an alleged domestic abuser, was publically executed in an abandoned sports stadium.

Now, despite the Taliban's insistence that they will respect women's rights within Islamic (Sharia) law, it's eerie to see how quickly some personal freedoms have been curbed.

In their first press conference on August 17, Taliban spokesperson Zabihullah Mujahid claimed that "women are going to be very active without our society" and that they would be allowed to work "within the frameworks of our Islamic laws."

He did not, however, explain what this would mean in reality. 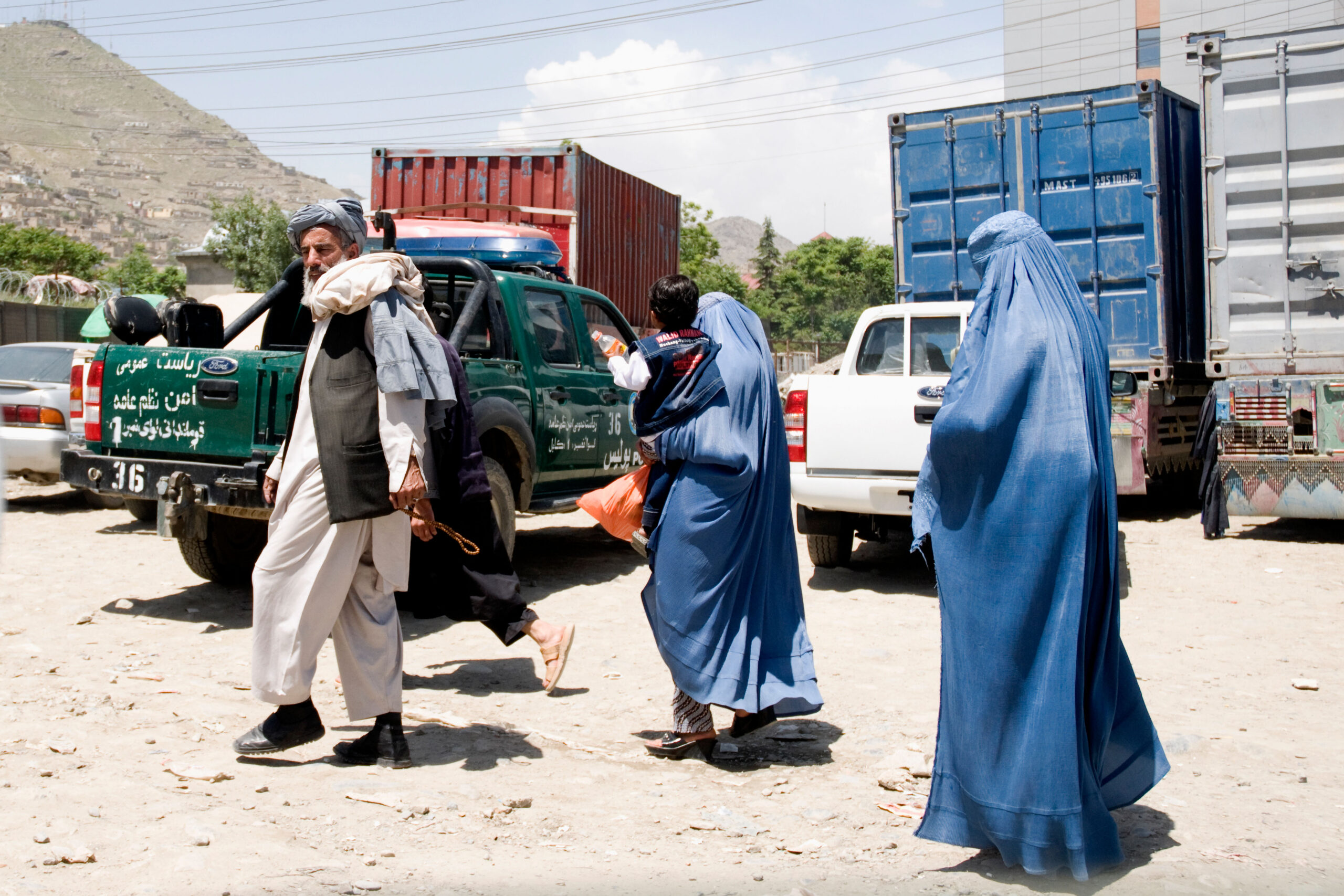 During their previous rule in Afghanistan (1996 - 2001), the Taliban enforced strict modesty laws on women (Credit: Alamy)

Last week, families displaced to Kabul told the Associated Press last week that the Taliban lashed women for wearing "revealing sandals", and that women had been sent home from work and university in other areas. Several weeks ago, in certain areas, women had already been told to don the burqa, and that they could not attend university unless there were segregated classes.

Gohel paints a similarly bleak picture. He tells us that he is already hearing stories of women disappearing in some towns and cities. This, he says, could be because they have been taken off to be married to Taliban fighters without their consent – or because they were seen as enemies of the regime.

Just a few weeks ago, it was reported that the Taliban were issuing edicts in certain areas of Afghanistan, demanding that families hand over women as young as 14, and widows of dead Afghan soldiers, to be married to Taliban fighters.

Likewise, the Taliban are known to have "kill lists" — and there is no reason why these could not contain female targets, Gohel points out. "They have been using these lists to kill members of the Afghan national army, and local administrators," he tells me. "Much of the focus has been on these targets being men, but women have started disappearing too."

This appears to be a concern on the ground. Last week, the country's first female mayor, 27-year-old Zarifa Ghafari, stated that she would likely be killed by the extremist group. 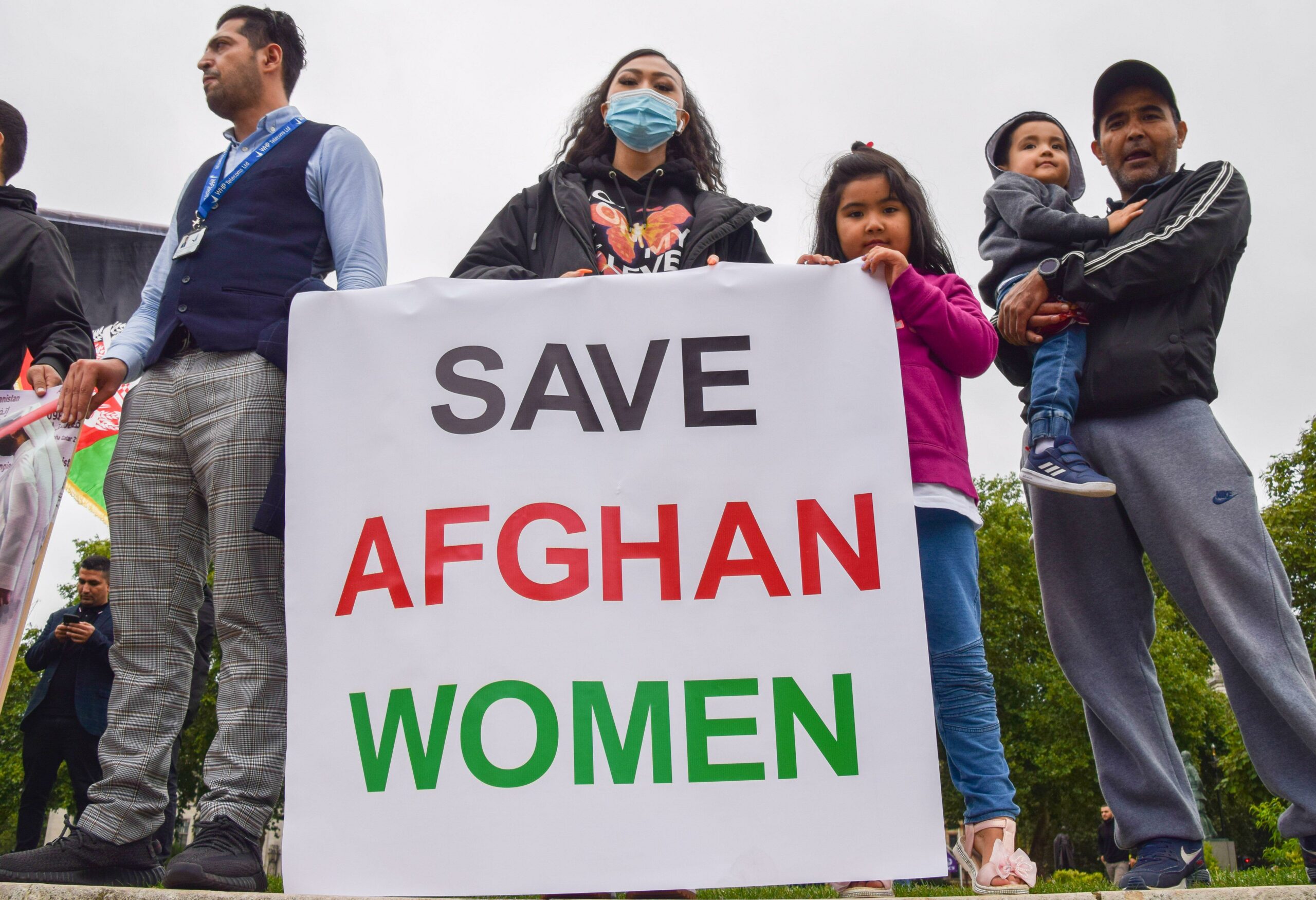 Women around the globe have been holding protests in solidarity with Afghan women (Credit: Alamy)

It's difficult to believe the Taliban has changed

Despite their attempts to cut a more progressive picture, Gohel states that he does not trust the Taliban: "If anything, they have become more media savvy and understand how to use new media technology for propaganda purposes."

He points out that the atmosphere in the country is precarious, and that the group would not necessarily want to implement their "medieval mentality" fullscale while the West is still evacuating — a process that could now stretch beyond president Joe Biden's August 31 deadline.

READ MORE: Hollywood's Christchurch mosque attack movie is so hurtful to Muslims – it needs to be axed

"The problem is going to be once the West has completely departed and the Taliban are in full control of the situation," Gohel tells me. "Logically, it is in their interest to have women in the workforce and to be part of civil society. But when their entire doctrine is based on misogyny, it's very difficult to believe that the Taliban has changed.

"We could see very selective visuals of women from the Taliban, which would basically be propaganda to show the West that they have changed, and wanting to incorporate women.

"It's very important that the West doesn't fall into the trap of legitimising their rule. This, in turn, could result in the Taliban effectively reinstituting their misogyny and control over women." 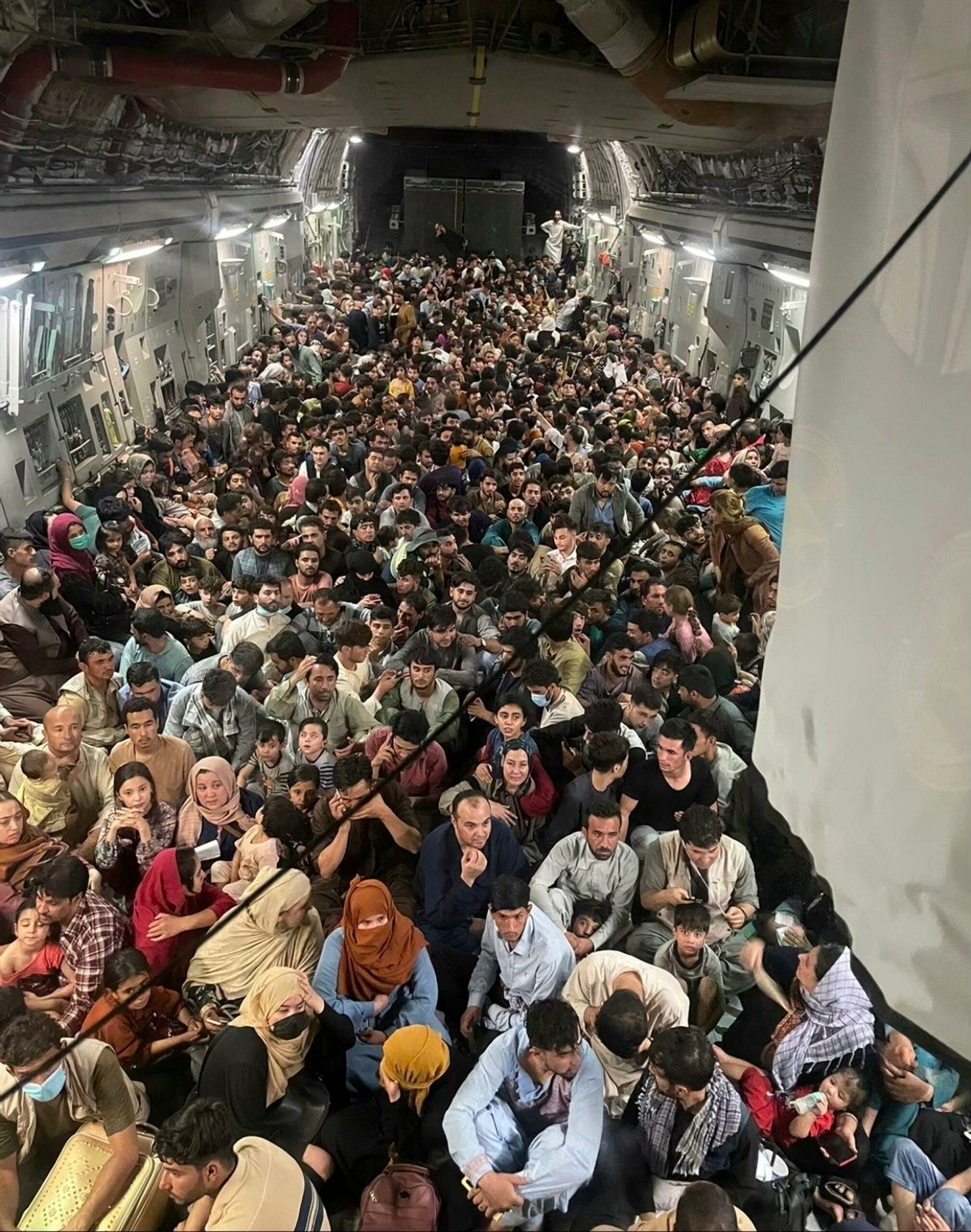 Afghans have been attempting to flee the country since the Taliban's takeover (Credit: Alamy)

It's up to women globally

Despite a lack of proximity, there are a number of ways that we can help the women of Afghanistan.

You can donate to organisations that have a strong track record of helping Afghan girls and women, such as Women for Women International — which provides aid to women in war-torn countries — and Women for Afghan Women, which aims to assist disenfranchised Afghan women in the country and beyond.

There are also petitions you can sign to pressurise international governments to help Afghan refugees — such as the International Rescue Committee petition, which calls to raise the refugee ceiling.

But according to Gohel, one of the most important things we can do is to retain and maintain a strong interest in what is happening in Afghanistan.

READ MORE: Why Bill Cosby was freed from jail just two years into his 10 year sentence

"Women globally have to be committed to speaking out about the situation," he adds. "If there isn't that strong united voice by women across the world, then the women of Afghanistan will be forgotten.

"All of those hard-earned gains that they have achieved in the past 20 years could literally evaporate in the space of weeks if we lose focus.

"Women are the vaccine against radicalisation, and if they are suppressed, then extremism will flourish."