Hey, Upper East Siders! HBO has finally released the trailer to the hotly anticipated Gossip Girl reboot, and boy, does it live up to expectations.

Honing in on New York's wealthiest teens, there are more designer bags and swanky nightclubs than we can count. But it's the promise of secrets and scandal that have us marking the 8th of July in our calendars.

The new HBO Max series will be airing on that date, but before, here are nine things we can expect based on the trailer... 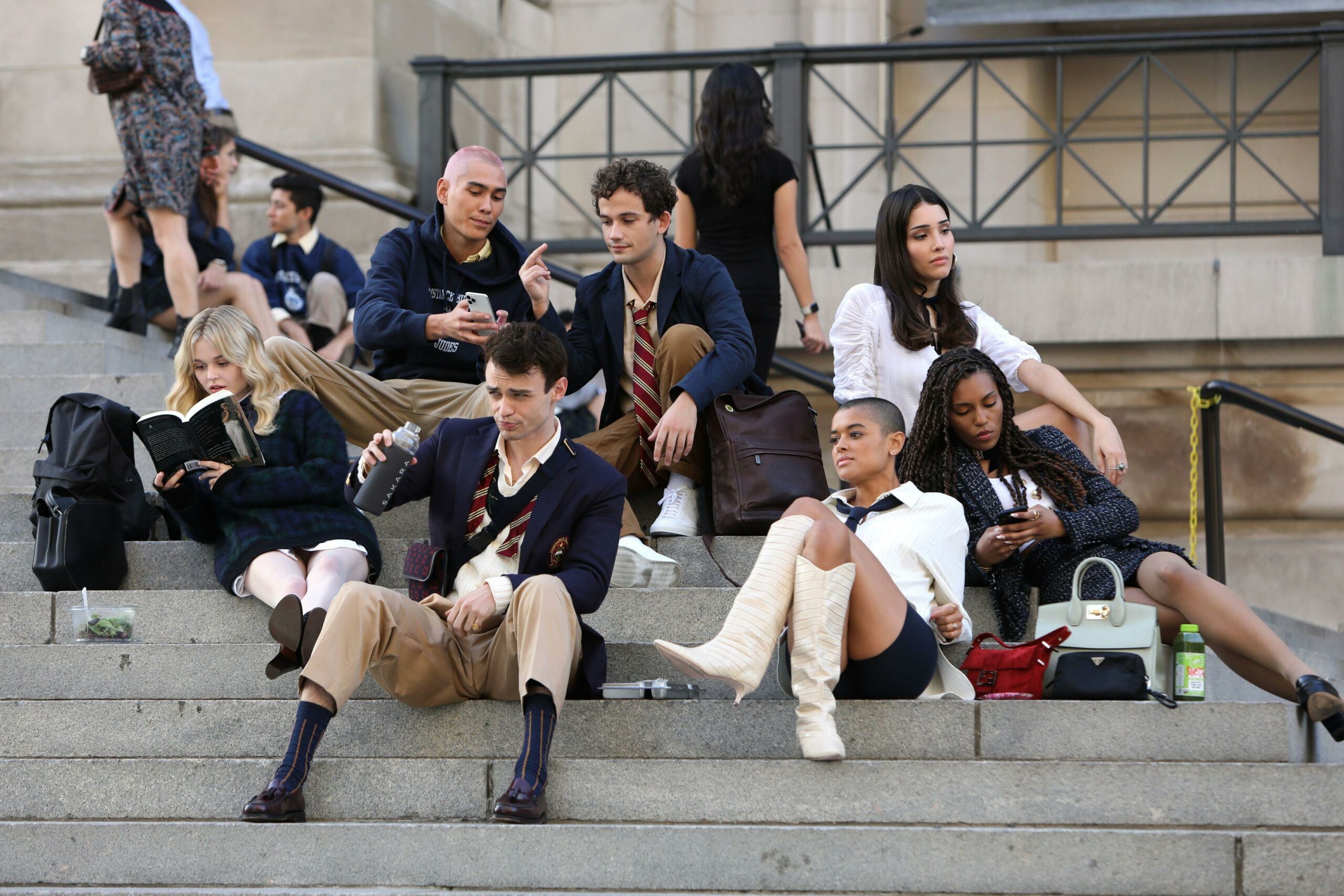 Move over Blair Waldorf, because there's a new Queen Bee in town!

As the trailer makes clear, the show's resident mean girl will be Julien Calloway — played by Jordan Alexander.

"We have trust...we have history. We own this school," she says in the two-minute clip.

So what else do we know about her? Well, she was described by the official reboot's Instagram page with one word: "Influence". But only time will tell if she lives up to her famous predecessor...

While the original Gossip Girl did have a few same-sex relationships, the LGBTQ+ community will take more of a centre stage in the reboot, and about time!

Just ten seconds in and we see Max Wolfe (Thomas Doherty) making out with Luna La (Zión Moreno), and a third man, who is not immediately identifiable. Then, just 35 seconds later, we see Akeno Menzies (Evan Mock) smooching Max Wolfe — who is tipped to be the Upper East Side's most eligible bachelor.

Commenting on the queer relationships in the series, Jordan Alexander told Dazed: "People are allowed to just be there and be whatever they are – whether it's queer or not. Just in the sense that, like, we're all just humans existing. People do what people do."

We are so here for the LGBTQ+ visibility (Credit: HBO)

Gossip Girl fans will be all too familiar with the steps of the Met — where all of Constance Billard's most popular teens gather to eat lunch.

And nearly nine years later, it looks like those infamous steps are still the place to be. In the trailer, we see the new cast gathering there to discuss what must be all of the salacious goings-on.

Gossip Girl fans will be all too familiar with the steps of the Met (Credit: HBO)

Just like Dan Humphrey and his sister Jenny took on the roles of the outsiders-looking-in, it appears that Zoya Lott (Whitney Peak) will be the cause of drama this season.

In the clip, the haughty Upper East Siders describe her as "a stranger" and "not from here". Will she be making an attempt for the Queen Bee's crown? It certainly looks to be the case...

5. Gossip Girl is back

In the original series, Gossip Girl — who was voiced by Kristen Bell — had a blog, and sent out text updates about the exploits of Manhattan's elite. But now, she's had had a Gen Z update.

While she will still be voiced by Bell, a member of staff at Constance Billard says in the trailer that Gossip Girl is "an anonymous Instagram account that spies on our students."

As HBO's official synopsis confirms, the reboot "takes us back to the Upper East Side finding a new generation of New York private school teens being introduced to social surveillance nine years after the original blogger's website went dark. Gossip Girl explores just how much social media – and the landscape of New York itself - has changed in the intervening years."

Kristen Bell is back as the voice of Gossip Girl (Credit: HBO)

Constance Billard now appears to be a co-ed school, with the young teens appearing to mix openly.

As we have seen, Jordan Alexander plays Julien Calloway, who is a teenage influencer. Evan Mock plays Akeno Menzies, who has been dating Audrey Hope (Emily Alyn Lind) for "ages", per Cosmopolitan.

Monet de Haan (Savannah Smith) and Zión Moreno (Luna La) are "Greek-chorus-type roles but are still fully fleshed-out characters with inner lives of their own."

READ MORE: Marilyn Manson fans have a responsibility to not enable him – stop buying his music

7. There will be plenty of NYC glamour

Of course, Gossip Girl wouldn't be the show we know and love without some serious luxury.

As we can see in the trailer, there are sky-high penthouses, walk-in wardrobes, and lots of nights out in members bars and clubs. There's a fashion show where Julien poses in a dress from Christopher John Rogers' Spring 2021 collection, as well as threads from the likes of Fendi, Cartier and LaQuan Smith.

Oh, and not to mention that the trailer is set to Frank Ocean's Super Rich Kids. Fitting, really.

Gossip Girl wouldn't be the show we know and love without some serious luxury (Credit: HBO)

In the clip, it's mentioned that there is a "scandalous big secret". While we don't yet know what that secret is, we have a sneaky feeling that it has something to do with the new girl, Zoya, who has tentatively been welcomed into Julien's clique.

As "Gossip Girl" writes on her Instagram account: "Heavy is the head that holds everyone's dirty little secrets."

9. The release date is confirmed

The trailer shared that the reboot will be hitting HBO Max on July 8th.

Not long to go now, so best get that popcorn ready...