Barbie is championing our pandemic sheroes!

Professor Dame Sarah Gilbert has had a Barbie made in her likeness to celebrate her part in creating the Oxford Covid-19 vaccine, which is now in use around the globe.

The "Barbie Role Model" told Sky News of the honour: "I am passionate about inspiring the next generation of girls into STEM careers and hope that children who see my Barbie will realise how vital careers in science are, to help the world around us. My wish is that my doll will show children careers they may not be aware of, like a vaccinologist."

However, toy giant Mattel has been under a rebranding mission for some time — having founded the Barbie Sheroes line in 2015. Inspirational figures that have been turned into Barbies include tennis stars and anti-racism activists. 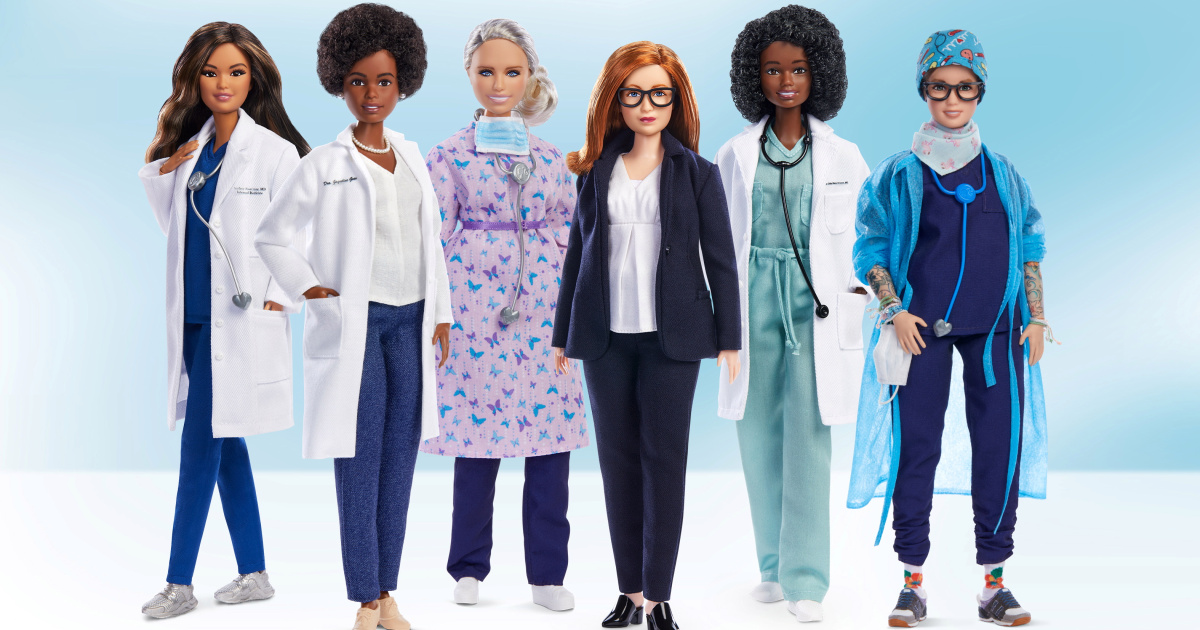 A Barbie doll modelled on tennis player, Naomi Osaka, sold out just hours after it was released in July, 2021.

The doll, which is part of the Barbie Role Model series, wore an outfit that the 23-year-old Japanese player wore at the 2020 Australian Open.

"I hope every child is reminded that they can be and do anything," Osaka tweeted following the doll's release. 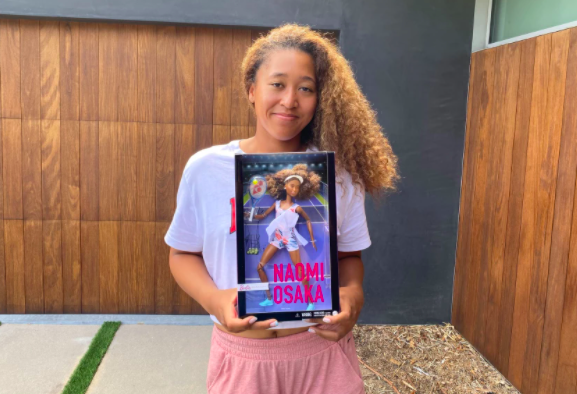 Earlier this year, BBC Radio 1 DJ Clara Amfo was honoured with a Barbie in her likeness to recognise her work in speaking out against racial inequality.

Amfo was named a Barbie Role Model after she gave a powerful speech calling for anti-racism work following the death of George Floyd in May of 2020. Floyd's death, at the hands of former police officer, Derek Chauvin, incited protests around the globe.

Speaking about her Barbie, Clara said that it is important that there is a diverse range of dolls to show children that they "matter in the world".

"There is so much power in being able to see yourself reflected positively in the world as an adult and it's even more potent as a child," she continued. "That power and the confidence that comes with it should only be protected and amplified.

"For me, having this doll represents the infinite possibility that I believe we all have a right to and my only wish is that it will do the same for anyone who sees her." 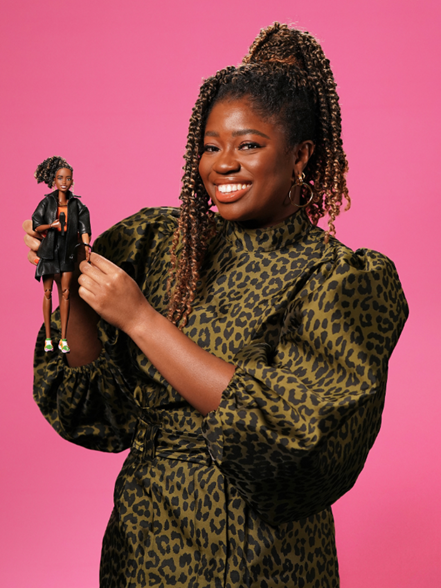 "When I was growing up there wasn’t many dolls that looked like me full stop, let alone one that represented what I wanted to be without compromising musculature and small features of self-expression," the gold medalist and four-time European champion wrote on Instagram at the time.

"This may seem quite small but positively showcasing accurate images of sportswomen is so important. It has the potential to shape young people’s perception of us, sport and as a result themselves and their own futures."

World Champion sprinter, Dina Asher-Smith, was made into a Barbie doll (Credit: Mattel)

Barbie unveiled its youngest ever "Shero" doll back in 2020: 13-year-old skateboarder, Sky Brown.

The professional skateboarder and surfer won bronze in the Tokyo Olympics on August 3rd, 2021, making her Britain's youngest Olympic medal winner of all time. She is also the youngest Olympic athlete to compete since 1936.

Speaking last year about her Barbie, Brown said: "I’m going to push boundaries for girls with my skating and surfing. I’m going for gold in 2021 and nothing will stop me. Having a Barbie created in my likeness is one of the most incredible things that’s ever happened to me. I hope other girls my age can see what is possible when you follow your dreams."

Model, Adwoa Aboah, was also made into a Barbie Doll in celebration of International Woman's Day 2020, to credit her passionate support of girls.

Aboah was praised for empowering women through her online community and podcast, Gurls Talk, which provides a safe space for young women to discuss issues like mental health, and sexuality.

READ MORE: What does Kanye say about Kim Kardashian on his new album 'Donda'?

"I love that Barbie offers so much choice now, but to see my own doll that has my freckled skin, skin colour, shaved head and tattoos is so meaningful to me," she said.

In 2018, boxer Nicola Adams was the first woman to be turned into a Barbie Doll for International Women's Day.

"I am so excited and honoured to be Barbie's first ever UK Shero and the first-ever boxer Barbie," the Olympic gold medal winner said. "My hope is that everything I do helps more people realise they can do anything they put their mind to.

"Without my own role models, I wouldn't be where I am today. Growing up, my biggest role models were my mum and Muhammad Ali - there were no female boxers in media when I was a kid, and I might have discovered my passion sooner if I'd seen other women boxing. That's why empowering the next generation of kids is something I'm passionate about and it's great to work with Barbie to share my story now."

Nicola Adams was the first woman to be turned into a Barbie Doll for International Women's Day (Credit: Mattel)

Actor, model and activist, Yara Shahidi's Barbie doll was re-released last year to encourage young people to vote in the 2020 US presidential election.

The doll was first launched back in 2019 to celebrate Barbie's 60th anniversary and International Women's Day.

"Everything from my outfit to my curls to my eyebrows were all things that we discussed," Shahidi told Marie Claire in 2019. "I think the one thing that has been crucial for me to know is that there have been support networks in place, not only for us personally, but people who are dedicated to help in our success…people who have been dedicated to knocking down barriers.

"The freedom that we do experience is from other women who have invested their time, their money, their energy, their being into making sure that we have that space." 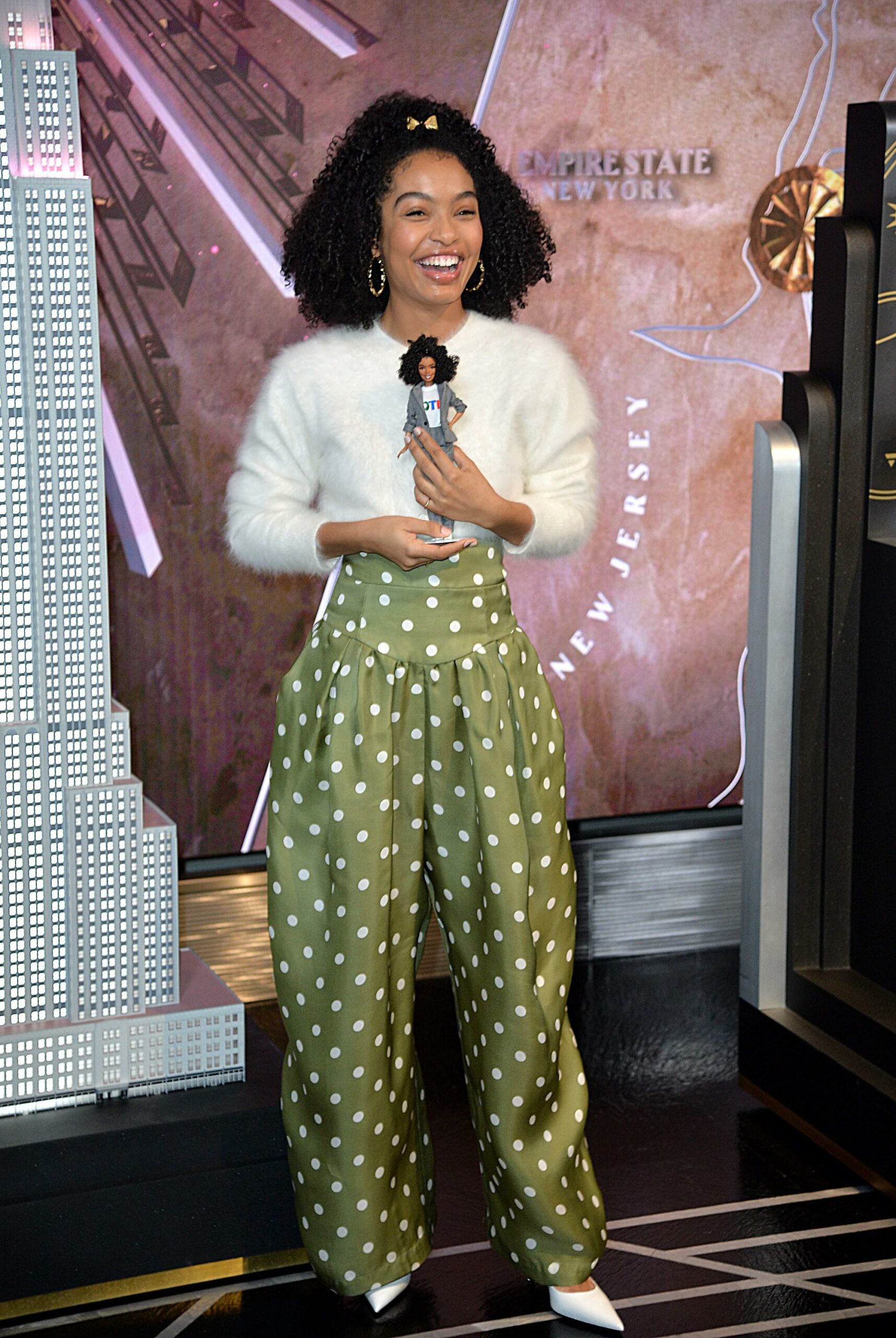 US singer and songwriter, Kelsea Ballerini, was also honoured with a Barbie in her likeness to celebrate the brand's 60th anniversary, and International Women's Day.

Speaking to E! News about it, she said: "I’ve tried to put female empowerment into every song I write and especially into every single I put out. I really wanted it to be a big part of my journey and to be able to partner with Barbie and use these few days to really empower these young girls."

German cycling champion, Kristina Vogel, was made into a Barbie doll to celebrate her achievements.

Speaking about the decision to award the double Olympic gold medallist — who was paralysed during a training accident in 2018 — Mattel said: "Kristina continues to persevere and share her story with the public. With her infectious vitality, she is a model for believing in yourself." 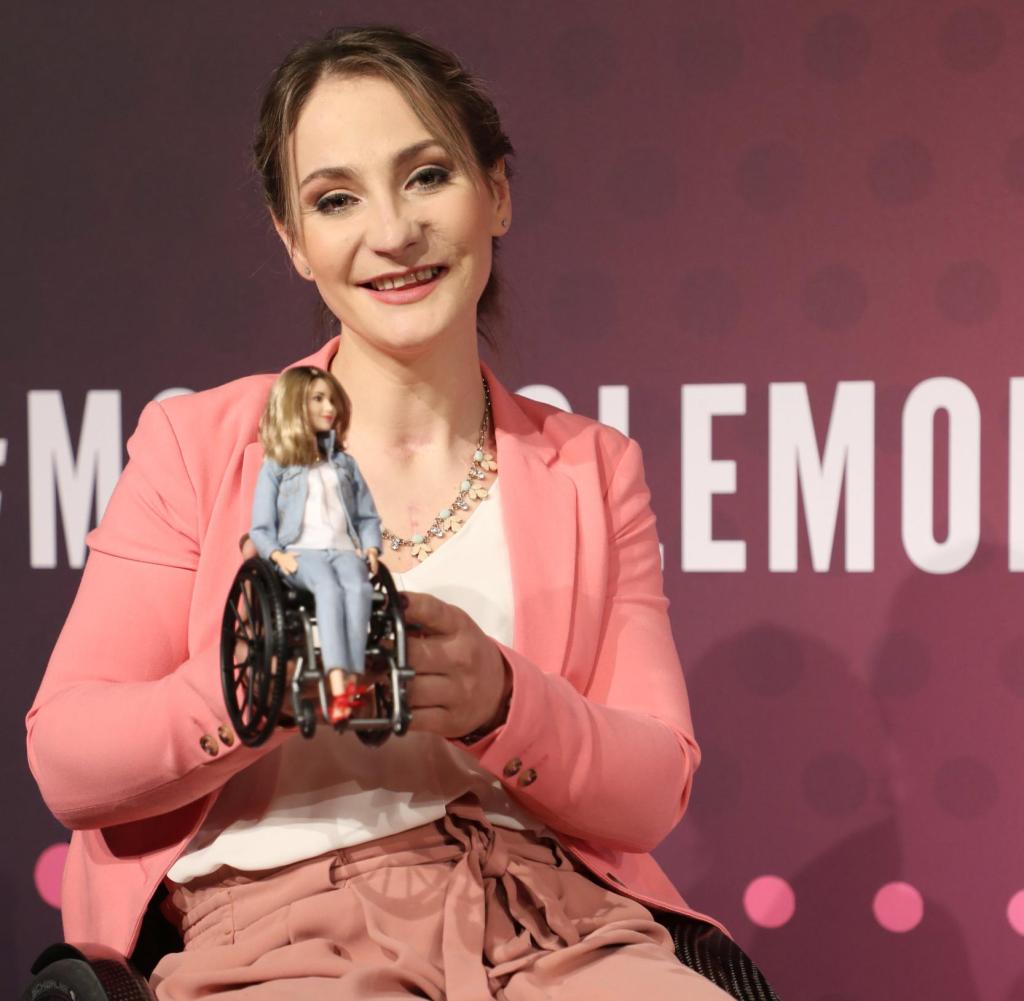 "Kristina continues to persevere and share her story with the public," said Mattel (Credit: Alamy)

Speaking about the honour, Robinson said on Instagram: "Ok... seriously cool to be selected to inspire young girls with the first-ever NZ Barbie - she’s Maori ... and a commentator! All part of Mattel’s role model program to help girls believe they can be anything. In this case, you can be a sports journalist... a presenter... or a commentator [sic]."

Mattel honoured the chancellor of the Australian National University by making her their 2021 role model Barbie.

The toy giant said that Bishop is a "true trailblazer" in politics.

READ MORE: 7 reasons women experience bleeding after sex – and when you should see a doctor

Speaking about the Barbie, Bishop said: "Knowing how much Barbie had meant to me as a little girl, knowing how Barbie had evolved into this doll that inspired young girls to choose fascinating careers, I jumped at this opportunity.

In 2017, Mattel launched the brand's first-ever doll to come with a hijab — based on Olympic fencer, Ibtihaj Muhammad.

The American athlete won bronze in the women's team sabre event at the 2016 Olympics, making her the first Muslim American to wear the hijab while competing for the United States.

"Barbie is celebrating Ibtihaj, not only for her accolades as an Olympian, but for embracing what makes her stand out," Sejal Shah Miller, vice president of global marketing for Barbie, told Dezeen.

"Ibtihaj is an inspiration to countless girls who never saw themselves represented, and by honouring her story, we hope this doll reminds them that they can be and do anything."