Why 'Love Island' is a more serious risk for Black women than it is for white: 'The consequences can be devastating'

Last night on Love Island, history appeared to repeat itself. Kaz Kamwi, one of two Black female contestants, found herself headed for a dumping after Toby said he's "intrigued" about blonde-haired, blue-eyed contestant, Chloe. After failing to even cuddle Kaz, who he's been coupled up with since the start, Toby proceeded to stick his tongue in Chloe's mouth without any trouble.

It's a plight that will be familiar for many of the show's Black female contestants. As one Twitter user commented: "Love Island deffo picked a cast that are only attracted to [white] girls [...] and add in two black girls for diversity, knowing they will never be desired; Yewande, Samira, Rachel, and Kaz."

Anti-racism activist, Shereen Daniels, tells Four Nine: "If there are only one or two Black girls, the odds are going to be stacked against them if there are, say, eight white women —  and the consequences of this is devastating." 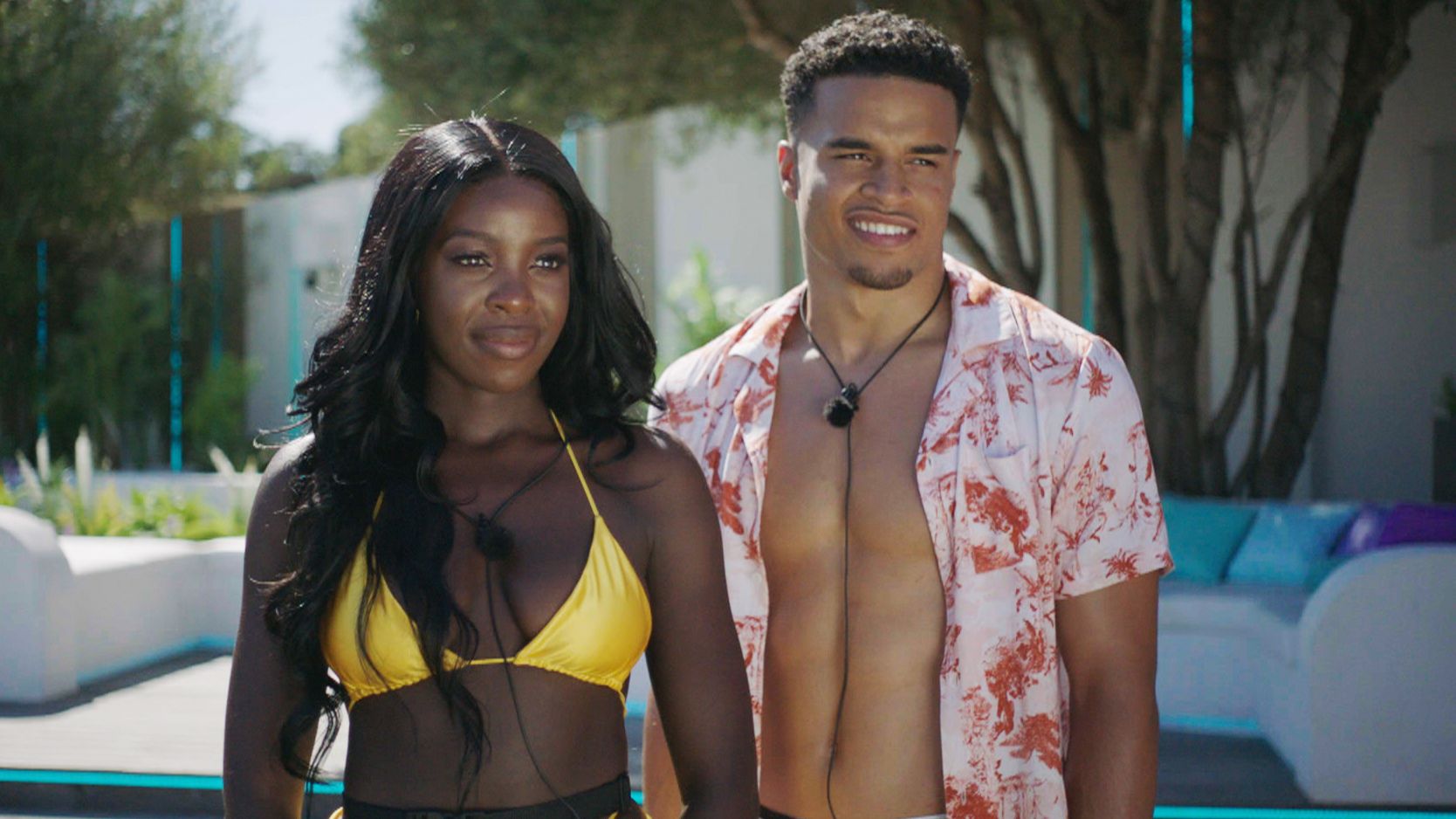 History appears to be repeating itself on Love Island as Kaz faces being dumped from the villa (Credit: ITV)

The impact of colourism on Love Island

As Daniels — who is the Managing Director of anti-racism and racial equity advisory firm, HR Rewired — continues, the knock-on effects on Black girls can be defining.

"If you are a darker-skinned girl, and you're looking at that, you're thinking 'Oh my goodness, is this how it is? Am I always destined to be passed over for white women?' The other dangerous thing is those individuals are so attractive. So if you're Black, and you're not as exceptionally good looking, you'd be going, 'If Kaz doesn't have a chance, then what do I have?'"

Former Love Island contestant, Yewande Biala, opened up about her experience on the show, after Kaz — like herself, and Samira Mighty before her — was also picked last out of the lineup in the first episode.

"I think what a lot of people don’t realise about Love Island is that, I always say it’s a mirror image of the society we live in now, where Black women are never really seen or admired by Black men or any other kind of race," she stated. "We’re always pushed to the sideline and it’s obviously highlighted on a show like Love Island where there’s obviously only like 12, 10 contestants and one of them is Black." 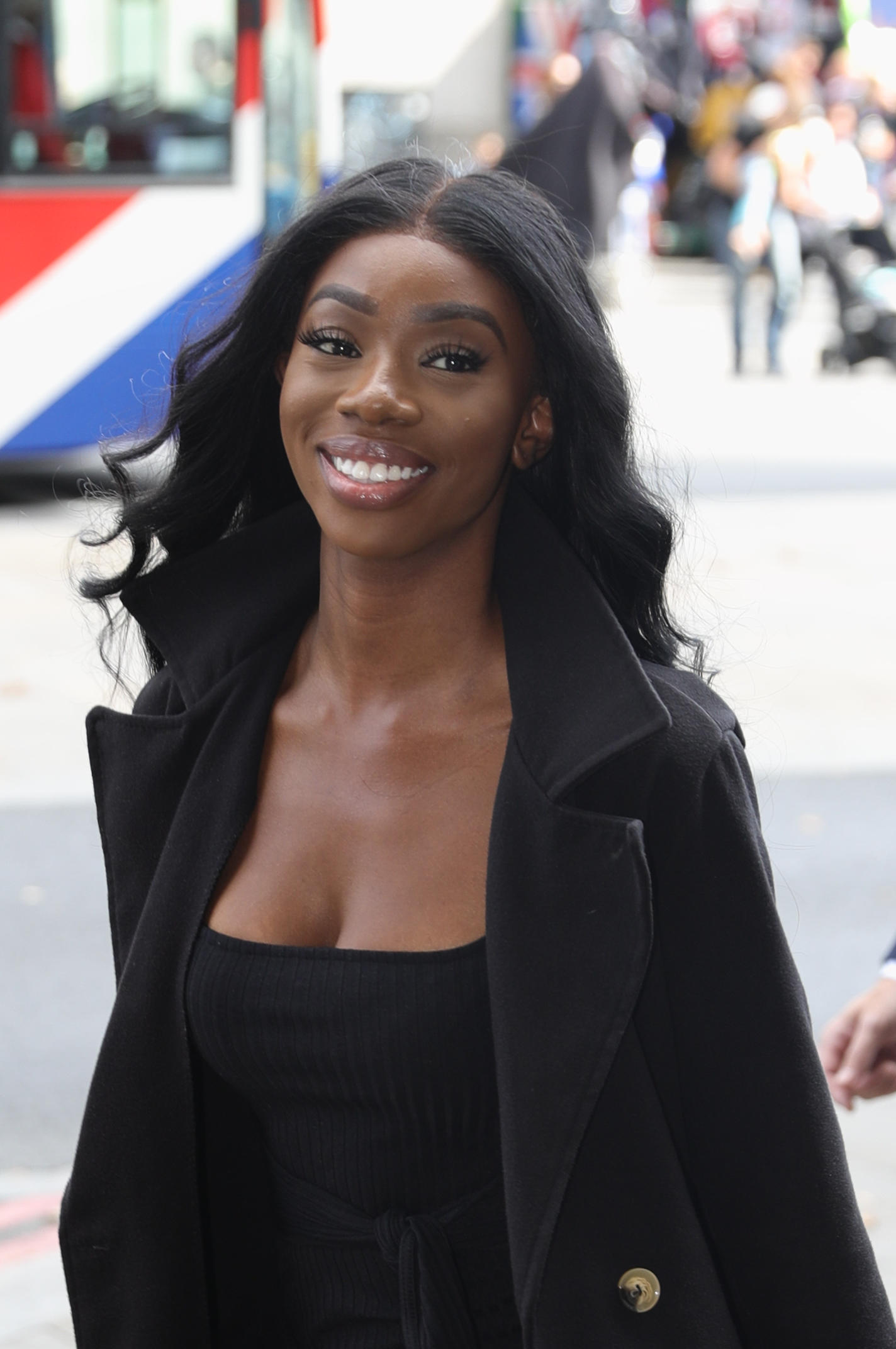 Yewande Biala spoke out about the prejudices she faced on Love Island (Credit: Alamy)

Could ITV do more?

ITV has been heavily criticised for its lack of diversity since Love Island aired six years ago. Despite maintaining that it is "committed", cultural commentators have continued to call out the show for casting the token Black woman, who is often a lighter skin tone. 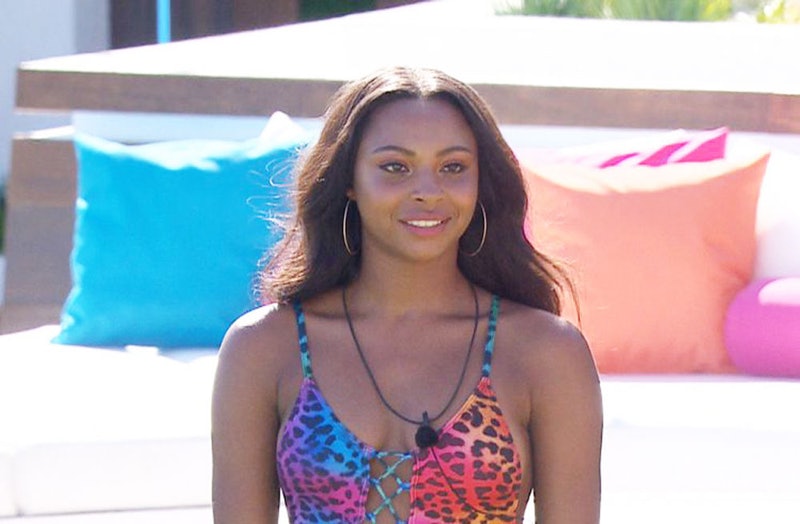 Out of all these Black female contestants, it is the darker-skinned women who had the most trouble securing a romantic match — with their male counterparts nearly always opting for the lighter-skinned, or white contestants.

"In some ways, I actually think colourism is a bigger issue than racism," comments Daniels. "Often in film, TV, music and entertainment, we only see the light-skinned Black person, because we there is a fetishism of white people liking the exoticness of 'a hint of colour'.

"They are not seen to be as threatening as a dark-skinned Black person, who is 'too Black'. So the lighter you are, the safer you are. And from a beauty standards point of view, we see them as more attractive. This idea of lightness and beauty is perpetuated all over the place, every time you open up a magazine, or switch on the television." 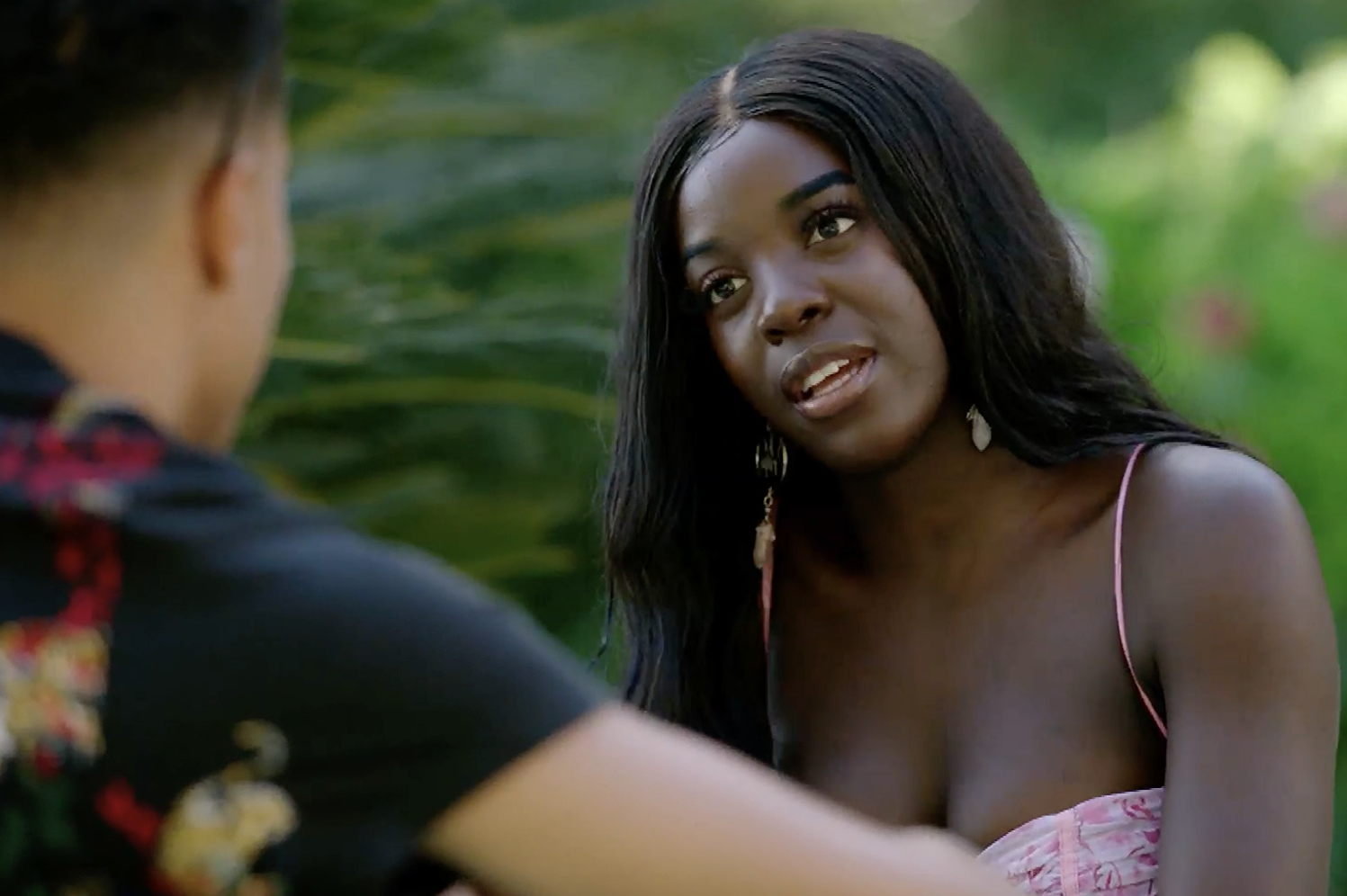 The risks for Black women on Love Island are 'more serious' than they are for white (Credit: ITV)

Love Island 'is an example of cultural racism'

Daniels hesitates to call Love Island inherently racism, instead, she says that it is an example of cultural racism.

"It's about how the media portrays Black people, but it's also about being ignorant in understanding the dynamics of society, and how Black contestants on the show will be perceived. So while they're thinking a rejection is a rejection, not all rejections are equal. It has different implications and connotations when you're Black.

"If a white girl is rejected by a white man, that's fine, because there are plenty more fishermen looking for fish like her," she continues. "But if you're a Black girl, and you're rejected, you know that there are connotations because of your race, and because of colourism — that is, the shade of your Blackness. So when they are rejected, that perpetuates the stereotype that Black women, especially dark-skinned Black women, are not worthy. What they're dealing with is very different to what a white contestant would deal with." 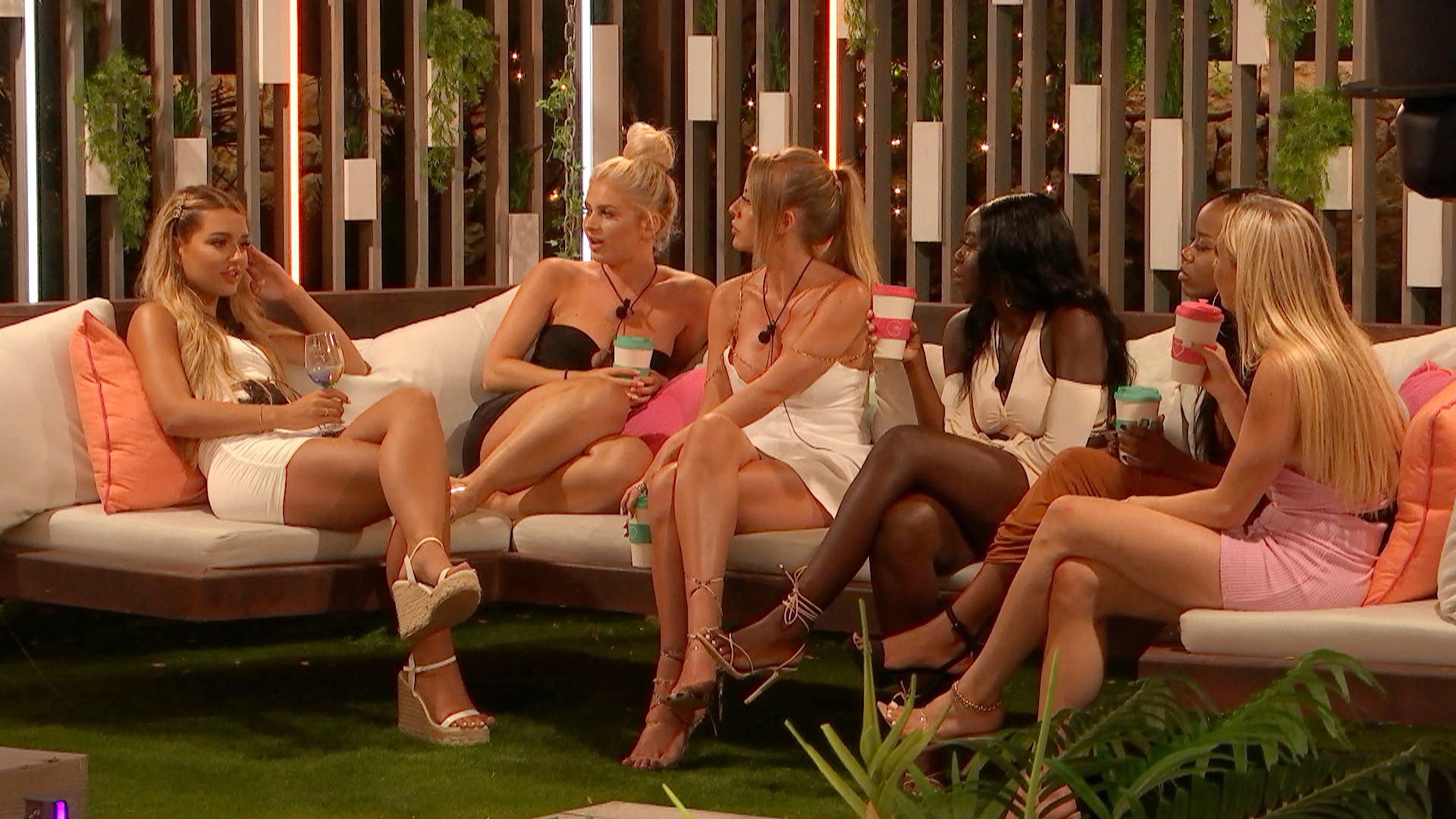 Rejection 'has different implications and connotations when you're Black' (Credit: ITV)

How to move forward

Daniels says ITV must be aware of how they portray, and support Black contestants going forward. "They have a duty of care in pre-production to think about what responsible broadcasting looks like. They need to be conscious of not perpetuating certain stereotypes, and not tokenising certain individuals."

This, she explains, can start with ensuring that Black contestants can talk to someone outside of the producers, even before they go on the show. "They need to cement their identity, their self-esteem and proper coping mechanisms before they go in," she cautions.

"Don't forget that we're all socialised into this racialised society, they may just go in skipping thinking it's an opportunity, and not realise that it's a lion's den.

"The risk for Black contestants is far more serious than there is for white contestants, because of racism and where we are as a society."

With almost 20 years in HR, Shereen Daniels is Managing Director of an anti-racism and racial equity advisory firm - HR rewired, and Vice-Chair of the Black Business Association with the London Chamber of Commerce and Industry.