Jennifer Aniston and David Schwimmer (aka Rachel and Ross) apparently have more than just on-screen chemistry.

Per recent reports, the actors have been spending time together at Aniston's LA home after the HBO Max Friends reunion "stirred up feelings". During the anniversary special, the pair admitted that they both had a "major crush" on each other while filming the first few seasons.

A source told Closer magazine: "After the reunion, it became clear that reminiscing over the past had stirred up feelings for both of them and that chemistry they’d always had to bury was still there."

While Schwimmer's reps have said that there is no truth to rumours of a romance, the pair have spoken about each other in loving ways over the years.

Here we break down what they have said about their relationship, in their own words... 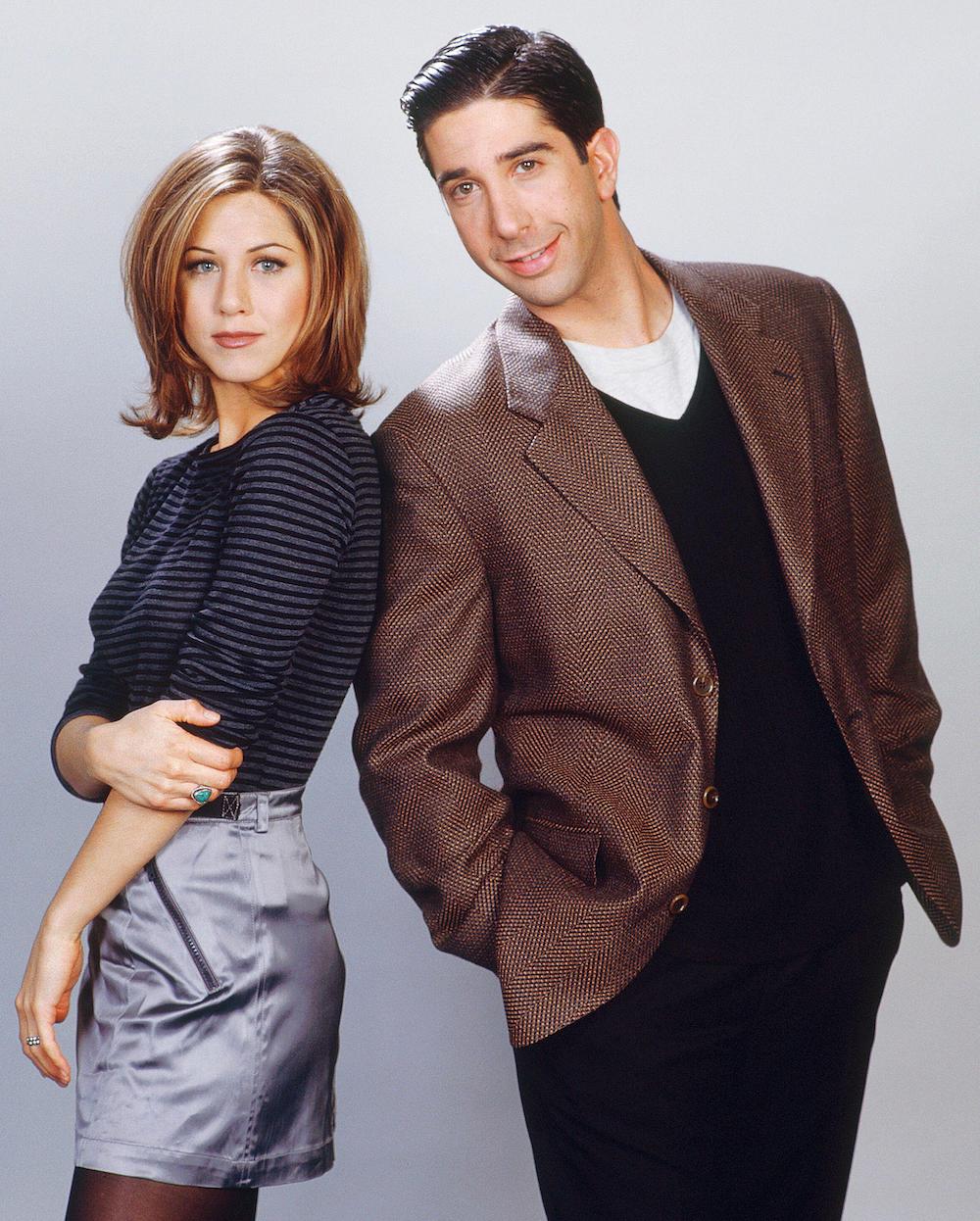 'I had a major crush on Jen'

During the hotly anticipated HBO Max Friends reunion, Aniston and Schwimmer both admitted that they had crushes on each other early on in the show.

"The first season, I had a major crush on Jen," Schwimmer said. "It was reciprocated," Aniston responded.

"At some point, we were both crushing hard on each other, but it was like two ships passing because one of us was always in a relationship," Schwimmer continued.

"And we never crossed that boundary. You know, we respected that." 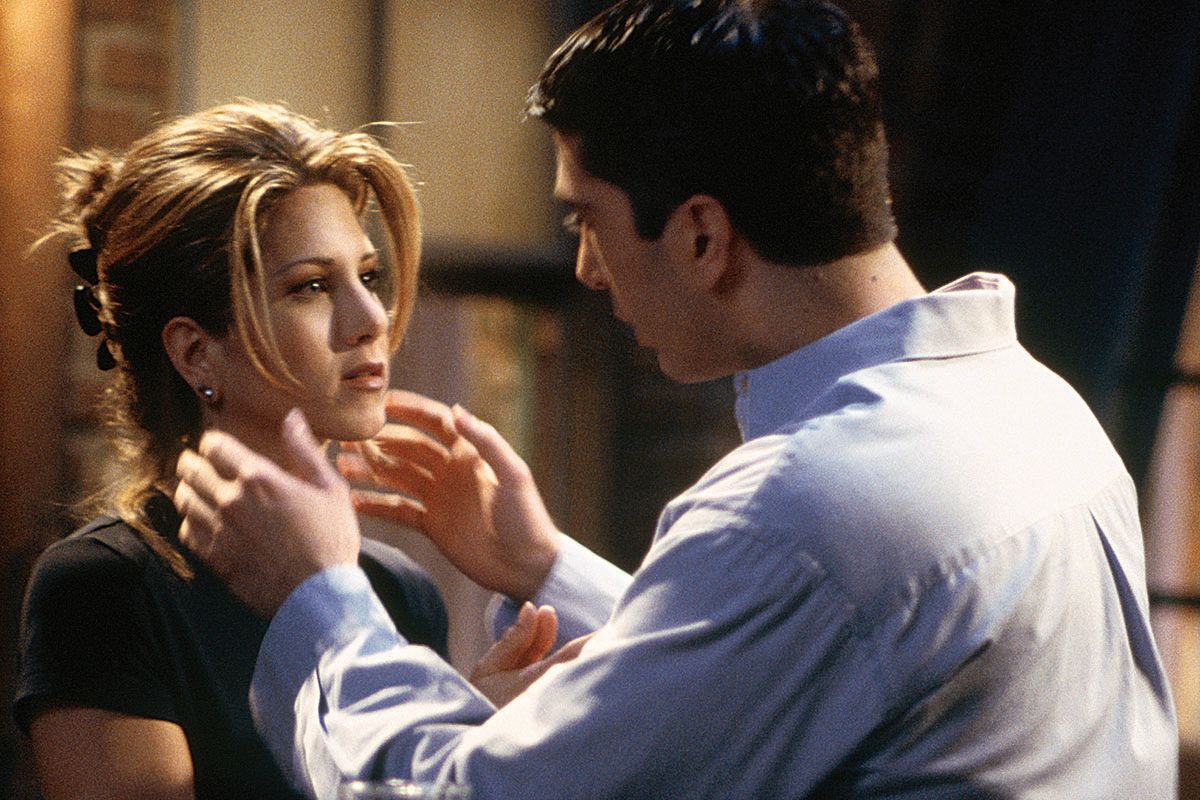 Jennifer Aniston and David Schwimmer have 'a lot of history' (Credit: HBO)

Despite being incredibly tight-lipped when it comes to her personal life and relationships, Aniston admitted that she was disappointed by her first kiss with Schwimmer.

"Honestly, I remember saying one time to David, ‘It’s going to be such a bummer if the first time you and I actually kiss is gonna be on national television.'," she said.

"Sure enough, the first time we kissed was in that coffee shop." 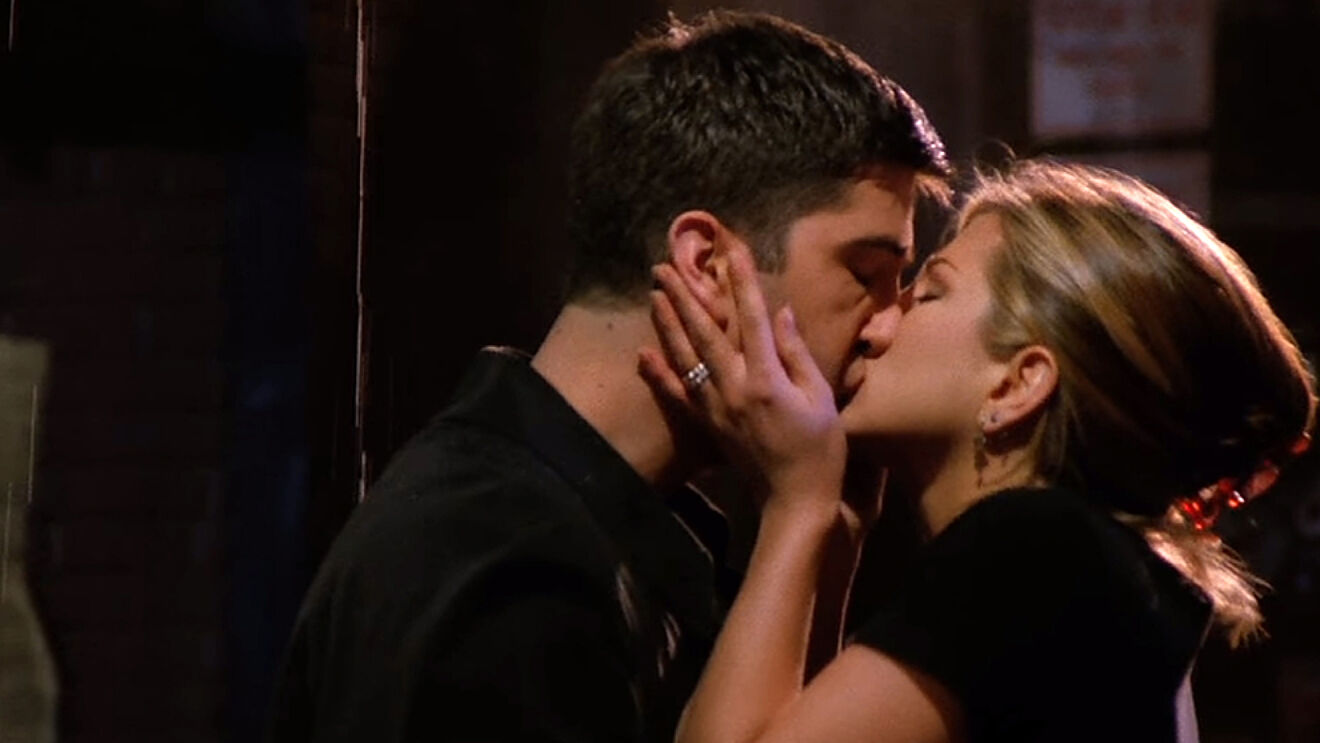 The Friends co-stars admitted to having crushes on each other (Credit: HBO)

While working on Friends, the pair's closeness grew off-screen as well as on on-screen.

Giving some insight into what their relationship was like in real life, Schwimmer confessed: "I thought back on the very first year or two, you know, when we had breaks from rehearsal, there were moments we would cuddle on the couch," Schwimmer added.

READ MORE: Have Matt Damon's critics been too quick to attack over his homophobic slur?

Aniston added: "We would spoon and fall asleep."

Hinting that lines did blur when it came to their friendship, during the reunion episode, the duo both refused to comment when the cast were asked were the biggest flirts during filming.

"Anyway, next question," Schwimmer joked, and Aniston followed up: "Next, question." 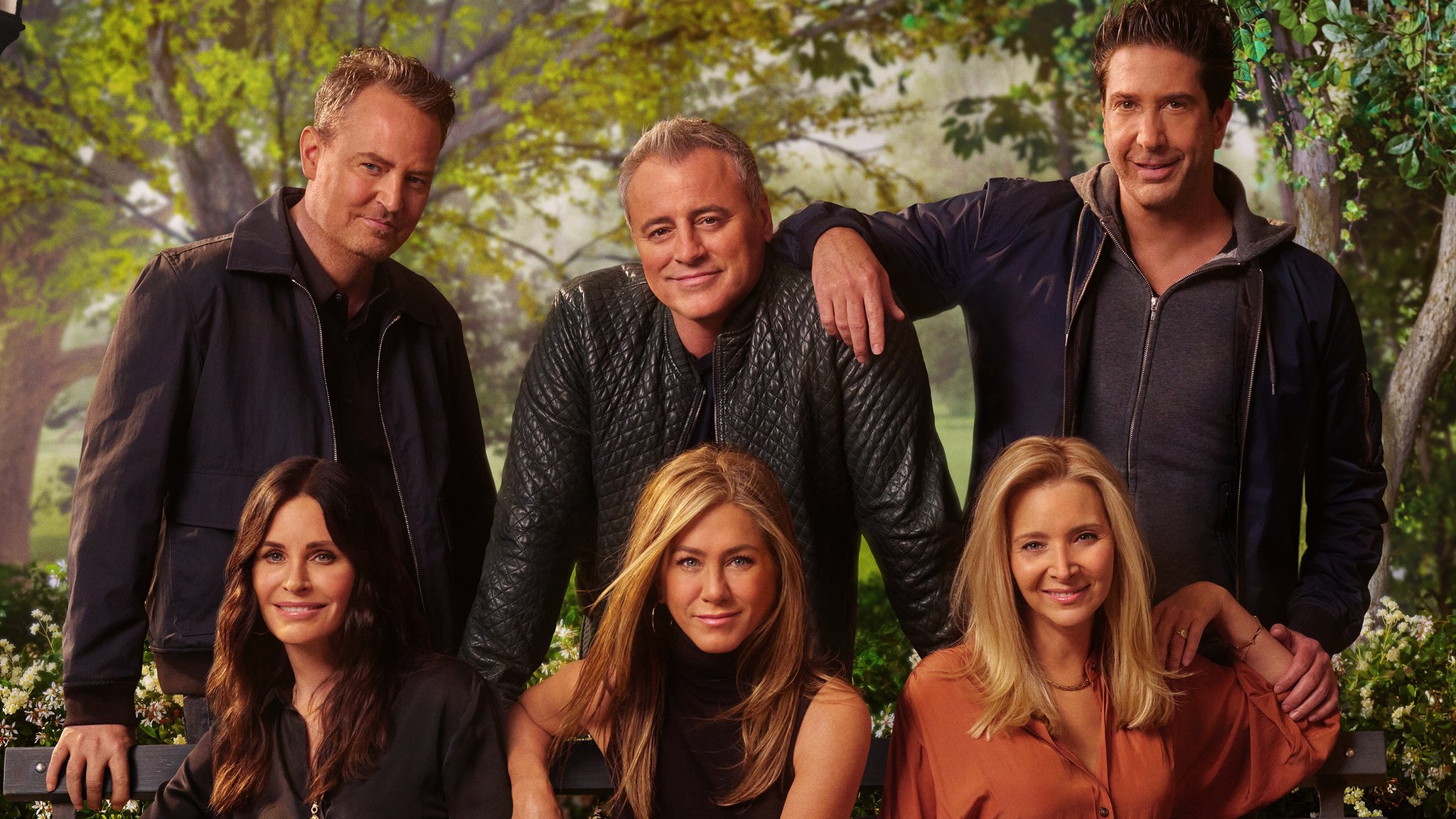 The pair opened up about their relationship on the HBO Max Friends reunion special (Credit: HBO Max)

'It was never the right time'

In an interview prior to the reunion, Aniston dropped further hints of a romance.

On the Howard Stern show, where she was joined by her Friends co-stars, Lisa Kudrow and Courteney Cox, Aniston explained why she and Schwimmer never actually dated in the past.

She said: "We were in relationships and it was always never the right time and it wouldn't have worked.

"The beauty of that was that whatever feelings we had we just literally channelled everything into Ross and Rachel and I think that's maybe why it resonated the way it did.

READ MORE: Which Love Island contestants have made the most money?

"But no, we never, on my life [got together]. And Courteney and Lisa would know if it did because they would've heard about it. They can vouch for me."

She added: "Howard's not going to believe me. No, I would proudly say I banged Schwimmer if that happened. But no."

It's worth noting that both Schwimmer and Aniston are both now currently single! 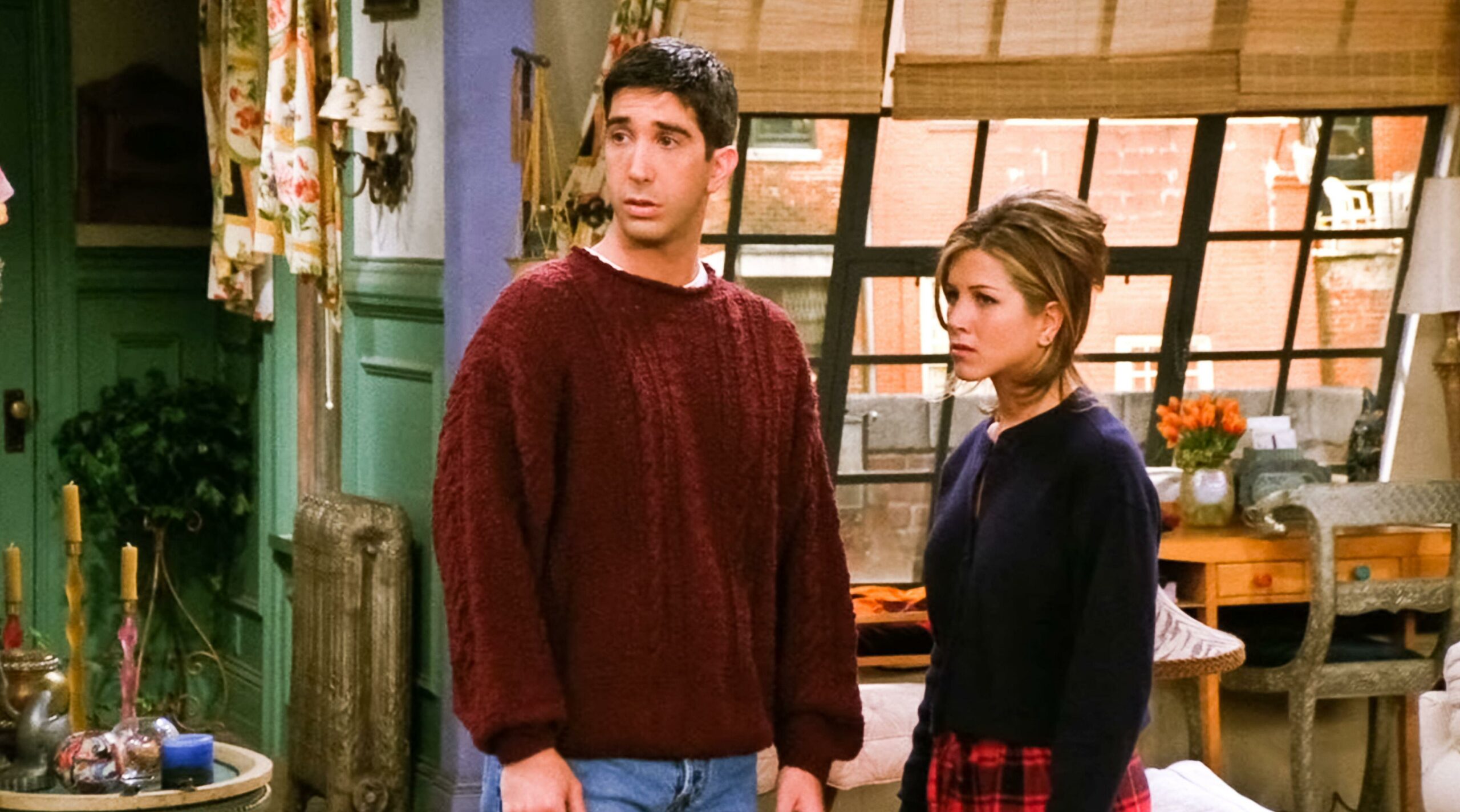 Schwimmer and Aniston channeled their chemistry into playing Ross and Rachel (Credit: Alamy)

'Did you sleep together?'

During a 2016 James Burrows tribute, host Andy Cohen asked members of the cast whether they had signed contracts saying that they "wouldn't sleep with each other."

Schwimmer then hit back with a chuckle: "Well, that was broken!"

In light of recent events, it's safe to say we're all thinking of Aniston and Schwimmer here... 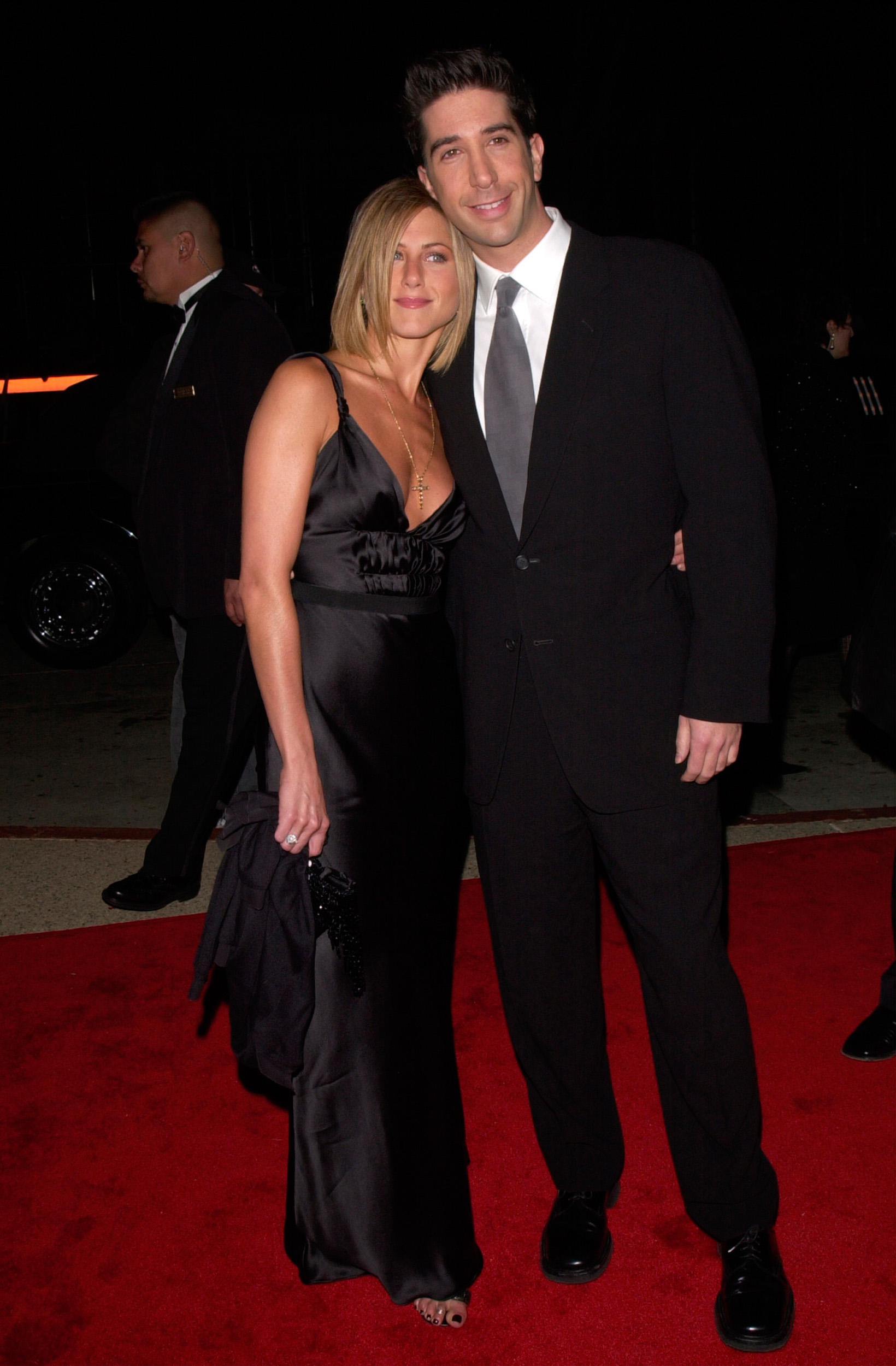 Aniston previously said she and Schwimmer will also be bonded (Credit: Alamy)

In an interview with Myself Magazine back in September of 2011, Aniston discussed her relationship with her Schwimmer.

Although at the time they were both in relationships with other people, she admitted that their closeness could ever be broken.

"I haven't seen David Schwimmer in a while, but we will be bonded forever," she told the publication, per US Weekly.

At the time, Aniston had begun a relationship with fellow actor Justin Theroux, while Schwimmer married the artist Zoe Buckman in 2007. 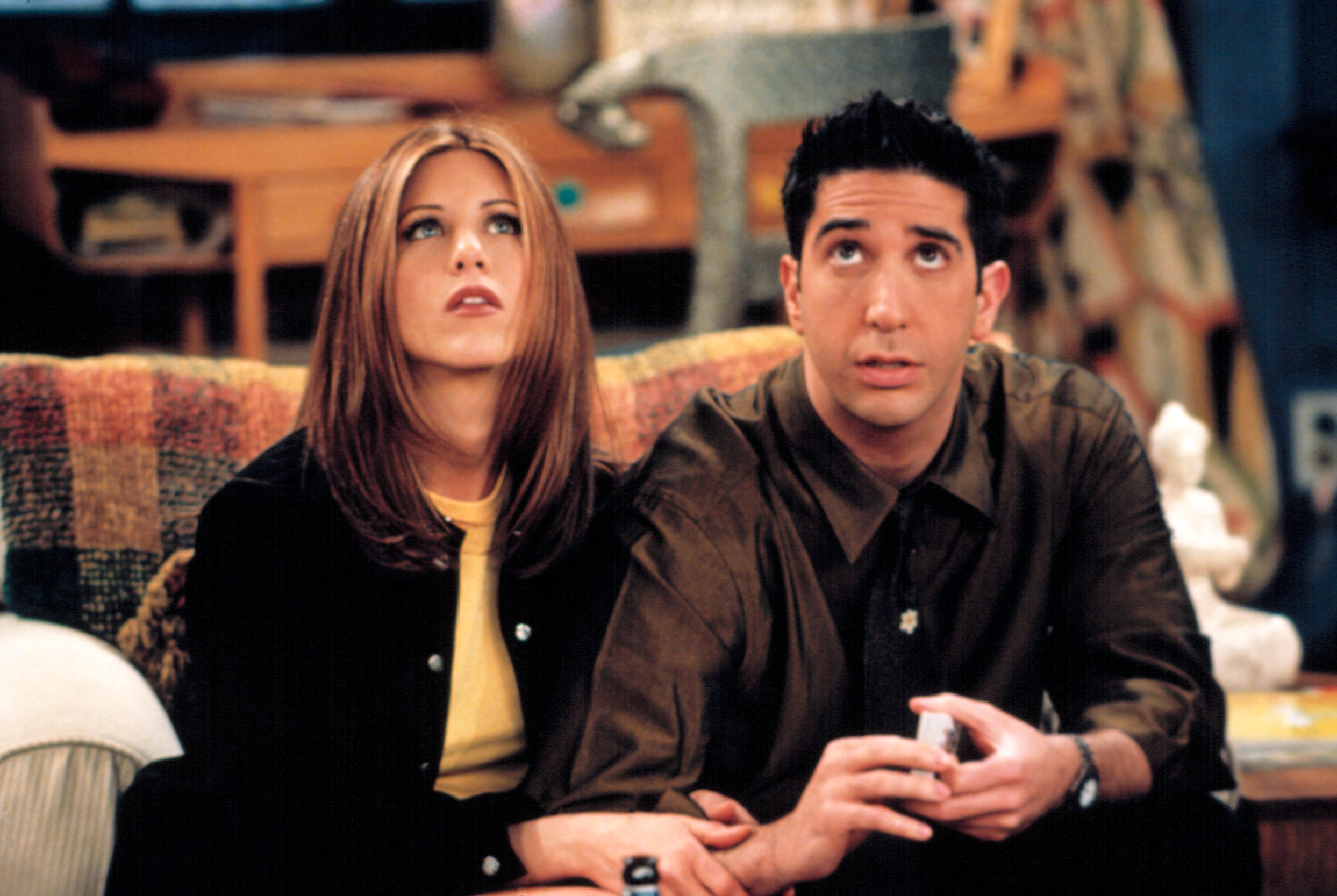 The pair have reportedly been spending time together at Aniston's LA home (Credit: Alamy)

'We have a lot of history'

During a finale special for Friends back in 2003, both Aniston and Schwimmer got candid about their relationship.

"Jen, she amazes me. Also, [a] very generous, warm, warm person. Just always puts the other person first and I think it's a gift," the 54-year-old said.

And Aniston also spoke about her co-star.

"Schwimmy Schwimmster. We have a lot of history. He's alright," she added. "No, again, really smart and helps me figure out things that I don't understand.

"I can be really honest with David and speak my mind, and I really appreciate you letting me do that."